“Mini-guide” for a special wine, the Chianti Classico. Let’s take a look at the main features from 2012 to 2018. So that you can have some more elements to evaluate, appreciate, choose.

In the Chianti Classico production territory 2018 showed an uneven and changeable weather pattern throughout the vineyards’ vegetative cycle.

Unlike the previous year, which experienced very high temperatures and a long period of drought through spring and summer, the main feature of 2018 was a lack of sustained dry, sunny weather.

The rather cold winter, with snow and some very low – occasionally subzero – temperatures especially in late winter, was followed by a very changeable spring.

Throughout the season and for much of the summer, sunny days alternated with more or less short spells of often very heavy rain. This high and consistent humidity level combined with periods of daily rain created a lot of extra work in managing the health of the vineyards.

The weather failed to settle even during the summer, with storms until the beginning of September which raised humidity and kept the temperatures at a below-average cool level for the season, resulting in an extended maturation period for the grapes.

The agronomists struggled to maintain the balance of development on the vines which continued to produce vegetation until late August.

Fortunately the situation settled into a regular pattern in September, when the weather completely changed: hot, sunny days with a good night-day temperature variation enabled the grapes to ripen fully and the harvest to go ahead without further problems.

With some variation according to the different growing areas, the Sangiovese harvest began around 20th September and ended in mid-late October.

The quantities harvested were higher than in 2017, but still a little below the average compared to recent years. The reasons for this can be traced back above all to the stress experienced by many vineyards due to the previous year’s drought and spring frosts.

In terms of quality, it was certainly a very good year for those who managed to harvest quite late, and the wines that have completed malolactic fermentation are, almost everywhere, very interesting. Most of them show good balance, with good levels of acidity and sweet, mature tannins, excellent body and flavour.

The wines destined to become Chianti Classico 2018 generally show a good level of concentration and fresh, aromatic and very pleasant aromas that will certainly please many markets. Much of the 2018 production has ideal chemical and organoleptic features for medium-long ageing. 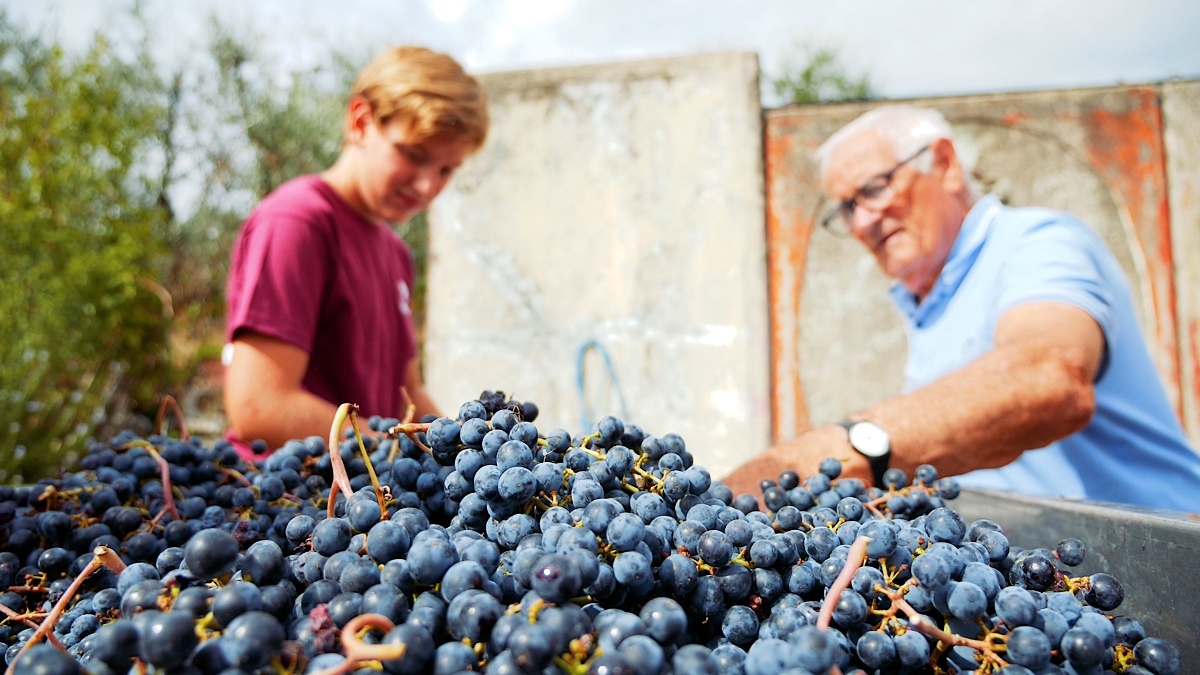 2017 was a tough challenge for our winegrowers, as one of the driest years in recent decades. The early months were variable with rain only in late February and March.

This was followed by late frosts, but after May there was very little rain, only occasional thunderstorms in some areas of Chianti in late spring.

The lack of rain was accompanied by temperatures constantly above the seasonal average with extremely high peaks, especially in July and August.

It wasn’t until early September that rain was recorded – not a great deal but enough to interrupt the heat that had sorely tested the vineyards and grapes for an extended period – somewhat late but still in time to ensure that the grapes achieved the best possible level of ripeness.

To cope with these highly unusual weather conditions, care over vineyard management was more vital then aver before. Thanks to the meticulous and thorough attention of our winegrowers to all the processes, we managed to bring healthy grapes of excellent quality into the cellar.

Like the rest of Italy, the grapes produced in the Gallo Nero area suffered from the abnormal weather and excessive heat. In 2017 206,000 hl of Chianti Classico was produced (about 27% less than the previous year), the lowest quantity in the last 40 years.

Despite the significantly lower production quantities, the quality of the 2017 wines was, from the first tasting, a pleasant surprise. The colour alone is extremely promising, because the intensity and hues are generally very interesting, lively and deep. The aromas were also particularly pleasing, currently very vibrant and varied with foreground fruity notes.

The tannins are generally very developed and smooth. So overall this is a very pleasant vintage, despite initial doubts, that has produced fine quality wines that promise well for future development. 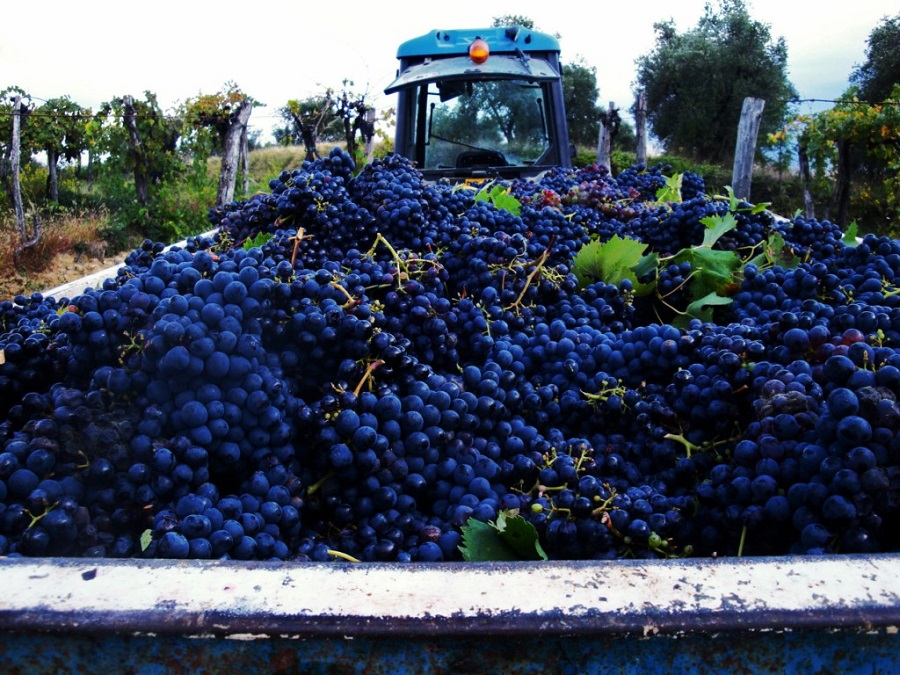 2016 was a generally normal year, without health issues for the vineyards. The only event to attract the growers’ attention was the lack of rain in late July during veraison, but the drought was relieved by rain in late August and early September.

Steady warm weather without peaks of excessive heat in the final month maintained the balance and helped the grapes to ripen perfectly without over-maturation.

The summer was excellent overall, with little rain and high temperatures in July and August, but above all, marked temperature variation at night, which should translate into wines with high quality aromas and acidity.

This vintage, more than many others, will particularly enhance the characteristic features of the Sangiovese grape: rich extract, anthocyans, polyphenols and unique, highly focused varietal aromas. 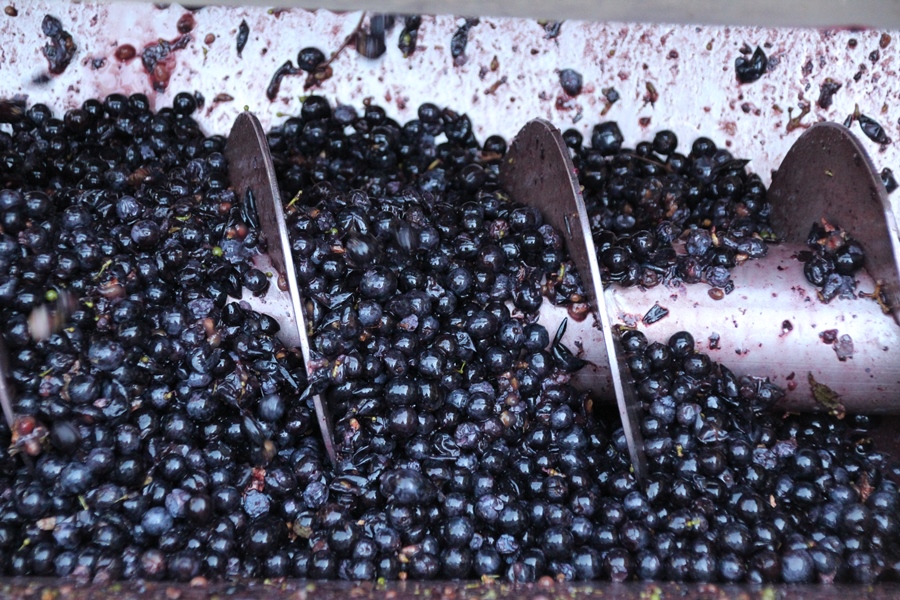 For the Chianti Classico territory, 2015 can be considered an excellent year thanks to the flawless quality of the grapes due to regular weather conditions.

The winter was mitigated by alternating below zero temperatures and cold days. The spring was very mild with medium-high temperatures favouring regular vegetation budding.

The summer was excellent overall, with little rain and high temperatures in the months of July and August, countered by good night-time variation.

All the phenological stages (budding, flowering, fruit setting and veraison) were perfect.

The year can therefore be considered of a very high standard of quality, enhancing more than many others the characteristic features of Sangiovese: extract levels, anthocyans, polyphenols and unique, focused varietal aromas. 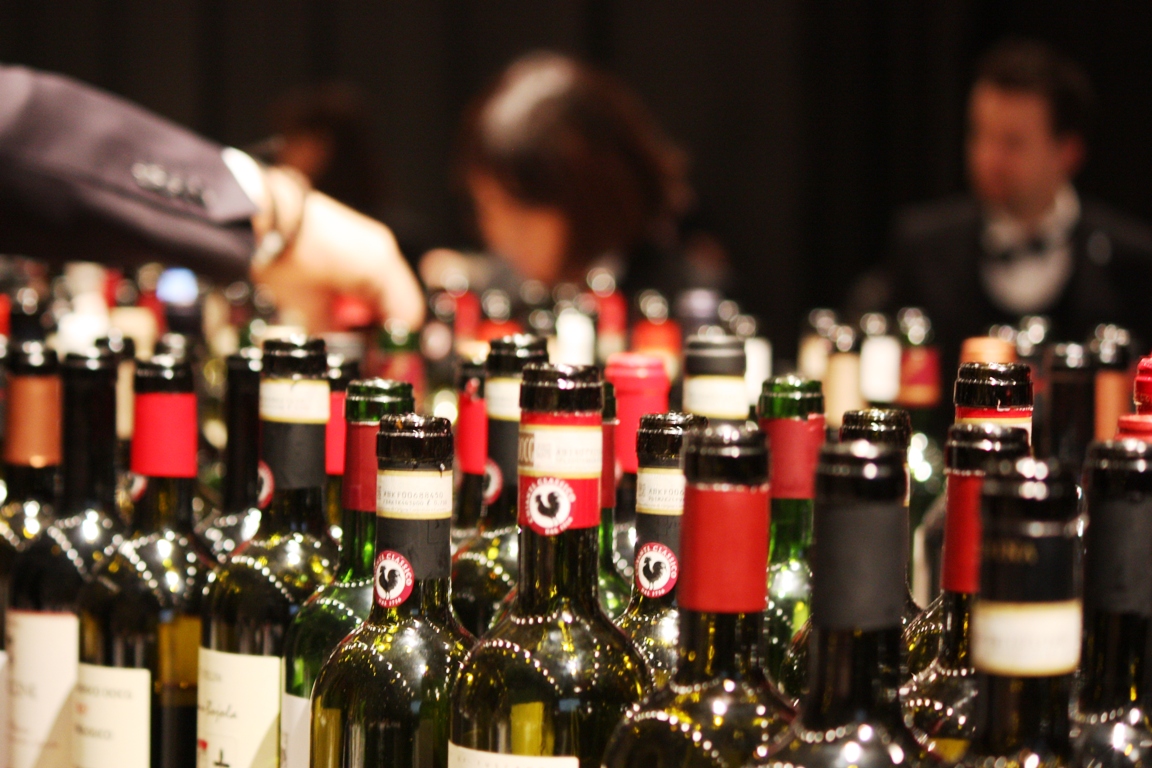 2014 showed marked temperature variations and plenty of rain, with short but heavy showers alternating with windy days and below average temperatures which sorely tested the winegrowers.

Those who decided to thin out in various phases and paid more attention to their own vineyards, ensuring foliage development, managed to obtain excellent products.

The work carried forward by technical experts and growers in the months prior to the harvest guaranteed successful achievement of a high standard of quality for the 2014 wines, from quite an unusual vintage year.

Many estates had to invest in extra workers and extended timetables to keep the problems caused by excessive rain under control, carrying out thinning and drying and disinfecting the areas at highest risk (low altitude vineyards).

At the end of the summer winegrowers in central-northern Italy were set to deal with one of the most problematic harvests in history.

No exceptions were made for Chianti Classico, where the weather conditions led to parasite attacks in some areas. The first samples of grapes from the territory, picked in late August, had not fully completed veraison and showed a high level of acidity. However, the favourable weather conditions in September and early October, with warm days and cool nights, allowed the plants to ripen gradually but fully.

This made it possible to harvest grapes in mid-October (especially Sangiovese) able to produce stylish, well-balanced wines with marked aromas and acidity, perfect for subsequent maturation.

2014 wines are unconventional, with very intense colour thanks to the extractable anthocyans, but which show the marked stamp of Sangiovese grapes, which contribute body and harmony due to the high percentage of polyphenols.

Despite the problems in the various pre-harvest stages, Chianti Classico 2014 was also produced in above average quantities compared to previous years. 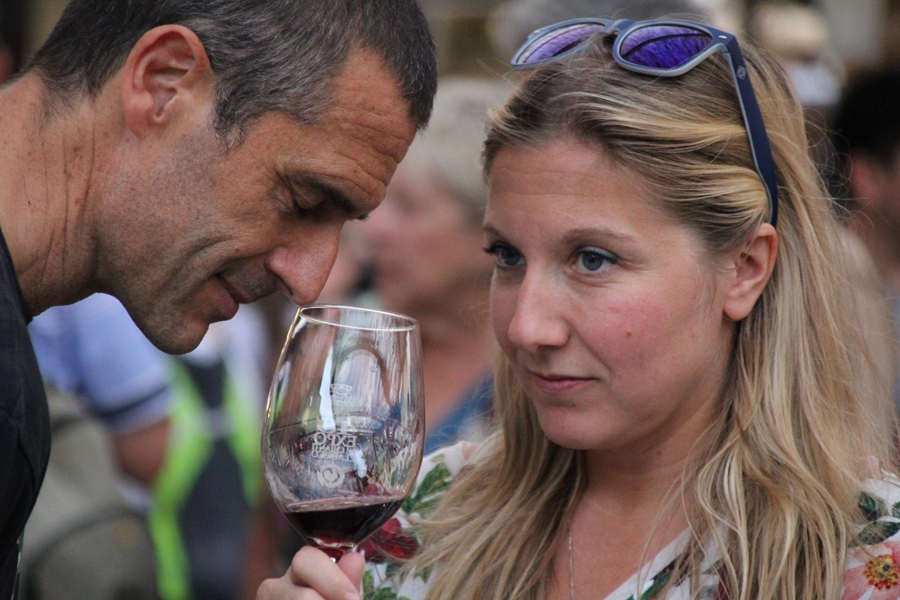 From a strictly meteorological point of view, the first half of 2013 experienced high levels of rainfall with temperatures that tended to settle below the seasonal average: a proper winter, with close to 0° temperatures in Chianti, was followed by a delay in reversing the wintry trend in springtime, resulting in late flowering.

The heat really arrived in mid-July, accelerating the grape ripening process, which continued steadily throughout a summer with typical temperatures and a perfect September which highlighted the temperature variation recorded in summer and enabled the grapes to achieve a well-balanced ripeness.

The work of the experts and winegrowers carried out in the months prior to the harvest were decisive in successfully achieving of high quality standards.

While the early samples of Sangiovese grapes, the true soul of Chianti, expressed a good level of sugar with good acidity, at the end of the day we can confirm that the quality of the grapes in the Gallo Nero production zone was above average, with excellent levels of polyphenolic ripeness and perfect harmony with the acidic structure of the grapes.

These parameters, along with the contained concentration of sugars in the must, made it possible to enhance all the grapes’ potential during the vinification process.

The alcoholic fermentation first, and subsequent malolactic, showed sudden starts and regular progress without particular problems, which demonstrated the healthy condition of the grapes and excellent balance of their main components.

The Chianti Classico 2013 wines display good balance of aromas and flavours, with particularly well judged flavour: the polyphenols, extract, tannins and glycerine harmonise so that no element prevails over the others, also thanks to the moderate alcohol content, due to the weather trend during the season. 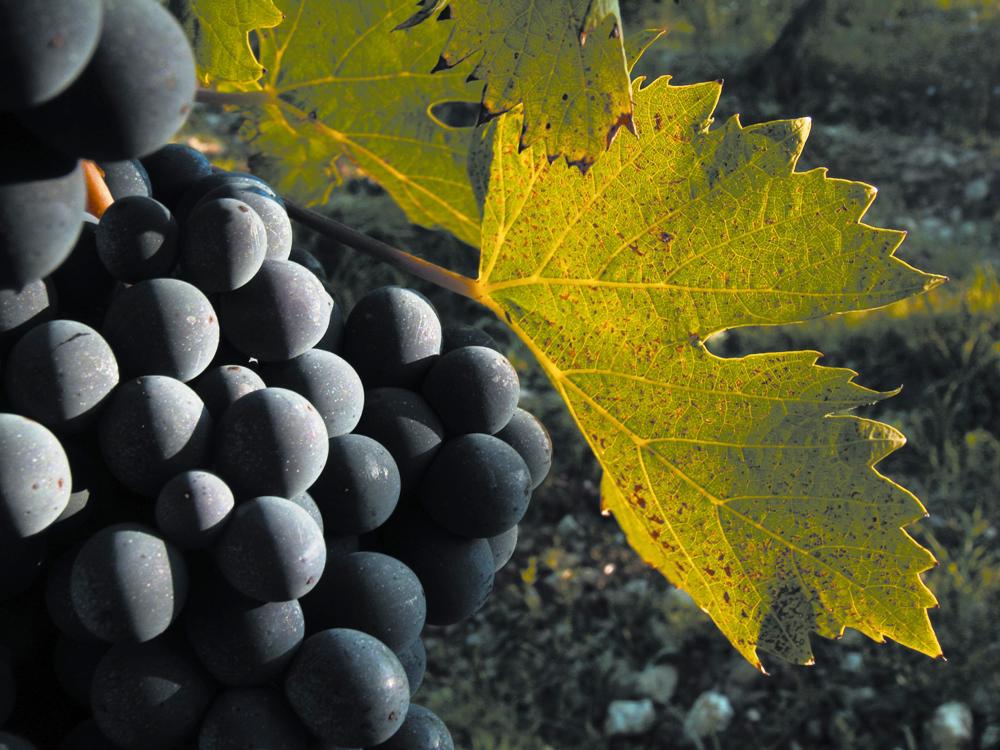 2012 will be remembered in Gallo Nero for the fear of a very problematic vintage at the end of summer, after months of drought. Fortunately in late August – after one of the hottest and driest summers in Chianti in recent years – it rained again, supplying enough water to guarantee a good vintage for Chianti Classico, even in such a strange year.

Of course the weather until late August affected the quantity of grapes taken into the cellars. Production in 2012 was around 235,000 hl representing a c.16% reduction in quantity compared to the previous year, but in terms of quality our optimism grows with the passing months.

While the beginning of the year showed normal weather, with cold temperatures and snow in January and February, and a mild, wet spring, especially in April, the water disappeared after rains in early May, not only in the Gallo Nero territory but in most of Italy, while the temperatures continued to rise.

July and August were in this sense the stage for various phenomena which brought rocketing temperatures and, alongside the lack of water in the land, were partly responsible for slowing down the grape ripening process, although it never actually came to a complete stop.

The rain in early September fortunately allowed the grapes’ physiological processes to restart, along with a general drop in average temperatures and greater night-day temperature variation (which also occurred during the hotter months in Chianti), guaranteeing the recovery of a situation initially feared to be very problematic, especially for late ripening varieties like Sangiovese.

The protagonist of this year’s harvest was indeed Sangiovese, and Chianti Classico’s princely grape characterised the new vintage: thanks to its adaptability to tricky temperature conditions, it was able to cope very well with the season’s unbalanced weather.

The benefits of September’s weather were an excellent ripening process and the grapes were harvested within the traditional time period for Chianti Classico, between late September and early October.

The grapes reached the cellars in perfect health thanks to high temperatures and a lack of humidity which prevented the formation of traditional vine diseases like peronospora, oidium, etc.).

This resulted in a timely, sudden start to the fermentation phase, and a moderate alcohol content (with maximum peaks of about 14°).

The Chianti Classico 2012 wines are therefore extremely harmonious with excellent balance of alcohol, acidity and polyphenols, resulting in velvety smooth, very fruity wines with a good – but not excessively high – alcohol content.

Summer Nights: 50 events in 20 squares and hamlets in Barberino Tavarnelle

Cinema under the stars (itinerant) in Castellina in Chianti: until September 6th

Chianti is (also) for children… with the “Puppets in the gardens”