Although 73 years have passed since WWll, once in a while we discover stories that have never been told or exist only in the memories of those who lived them in first person.

The following story was born from a story about an underground passageway used to escape from a villa in Argiano in San Casciano.

“I don’t know if it corresponds to the truth,“ says Alessandra Matteuzzi, “but I have always heard that a passageway near the entrance to the elementary school that leads from Villa Panerai to the via Empolese existed. It was shut off by a large rock that prevented children from entering”.

We tried to find the passageway, and thanks to the stories of older people who lived there at the time, we found an opening that was closed by boards that led to the the unpaved road close to Villa Panerai.

We asked the owners of the land if they would kindly let us open the passageway to understand if it was really an exit used during wartime. With a flashlight and helmet we adventured inside.

We went down a few steps and found the long, narrow corridor built with bricks that goes in the direction of via Empolese.

Along the way, once in a while we found small holes cut out at eye level on the walls, which probably served to insert lights.

The corridor shifts a few times and stops in front of a wall which was purposely closed with bricks. The passageway ends here. 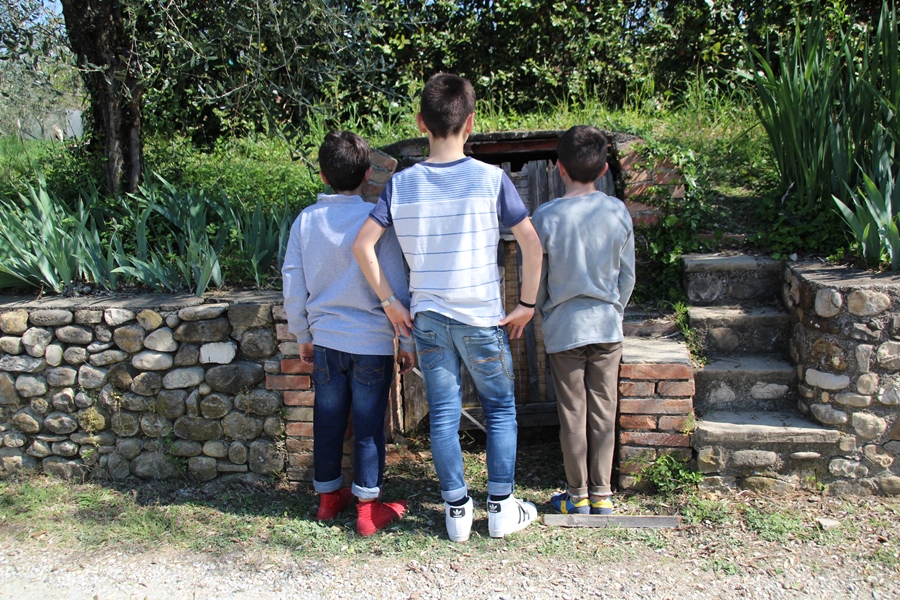 At the surface were three young men who assisted us,  Alessandro, Lorenzo e Mattia, curious to find out what we found along the mysterious passage.

There is also an older man who tells us that in the wine cellars of the villa many displaced persons from San Casciano found refuge. He tells us the names of those still living.

We go to the villa. Today it is divided among several owners.

The family that owns the cellars tells us: “Yes. We heard that many families lived and found refuge in the cellars which were very large. A sort of tunnel was dug into the land and ended in the field that faces San Casciano”.

“Unfortunately,” he explains, “we had to close it and cement the door because we were afraid that animals could get in. Once we found a beautiful white squirrel. As long as they were only squirrels, it was fine. The problem was that other animals also arrived and entered the house, so we had to close the wall.

After further research, we finally found two important witnesses, Giorgio Casini and his sister, Franca, whose parents were the sharecroppers of the villa Panerai.

“We were born there,” Franca tells us. “I was nine years old at the time of the war”. Then do you remember the shelters in the Villa? “of course. There were two of them, in the cellar and under the villa’s meadow. On the other side was a passage used to escape (the one that we followed and documented). I remember that there were German soldiers with us. At the beginning they commandeered our bedroom. Then they also hid with us in the cellar when the bombing began in San Casciano”.

The memories flow. “The night before the liberation, my mother and and, hid behind the seller door where there were only women. They pushed against the door because they were afraid the Germans would enter. One of the older women accompanied the Germans to the exit, giving them light and allowing them to escape. The Allied forces were near”. 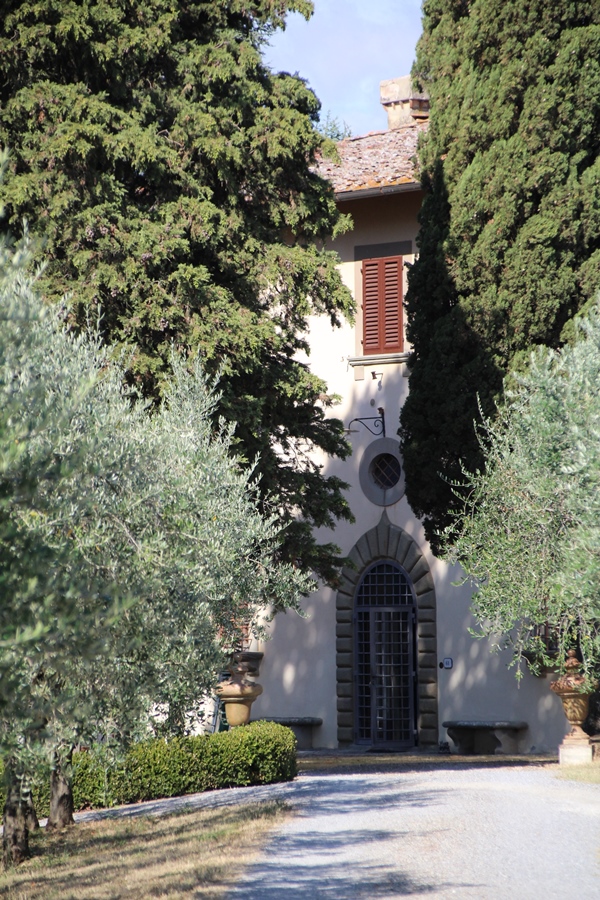 So the Germans didn’t hurt anybody? “There was an episode with a child my age. He escaped death by a miracle. His name was Aldo Peruzzi, He was the son of the steward of the villa. They wanted to kill him because he didn’t want the Germans to take his father away. They almost killed him”.

“I remember the episode well,” continues Giorgio who was 15 at the time. “When the Germans were leaving they wanted to take his father with them. The child (Aldo) held on to the German’s pants crying and screaming, “No, my father no!”. Probably the soldier, who had played with Aldo, had a child in Germany and softened. In the end, they let Aldo’s father go”.

How many Germans were there? “If I’m not wrong, 5 or 6. When they took over our room, I remember that they placed a machine gun at the window that faced the valley of the Pesa River. Once, they began to shoot and couldn’t hold on, and they made holes all over the bedroom’s ceiling”.

There is also room for a smile. But in this case we can say that we were lucky. Thanks relatives from San casciano, we traced the child, Aldo Peruzzi, who today lives in Rome.

Aldo, do you remember when the Germans wanted to take your father away from the Villa Panerai? “Of course. These are things that you don’t forget. But I have to say we have never told the story to anyone except for some relatives. They are not pleasant memories”.

“Although unwillingly, I will tell you the story,” he continues. I remember that there were 3 Germans, an officer and two soldiers who spent a few days in the Villa. In the beginning they occupied the upstairs rooms. I remember that once in a while they went to the window and shot, probably randomly, because they wanted to make it seem that there were more than three soldiers. During the daytime, he continues, they ate in the dining room”.

“At the time – he remembers I was blonde with curly hair and blue eyes. I looked like a little German. One soldier in particular took a liking to me. Once in a while he played with me and picked me up. One day the officer entered the room. He was very agitated and gave orders to the two soldiers. Afterwards they took their things and went towards the door grabbing also my father and trying to push him outside with them. I began to cry because I understood they were going to take him away. I grabbed onto the pants of the soldier who was nice to me and began to scream”.

“They were terrible moments”, he concludes. “The Germans were in a hurry. At one point the officer grabbed me screaming incomprehensible sentences. He gave me a push while the soldier watched me, speechless. The official nodded at
the soldiers to tell them to leave the villa. I ran and embraced my father. The door closed and we were left alone”.

The war was over .