On Thursday, May 18, at “La Rampa” in Tavarnelle, an important meeting regarding the text on the regional tourist system, put into law on January 12, 2017, took place.

The law had raised polemics on the part of professional rooming houses. It said that they could not serve food and drink to boarders as of Juy 12, 2017. They even thought about closing.

In the meantime, the Township of Tavarnelle organized a meeting between the regional assessor for tourism, Stefano Ciuoffo, and the director of regional tourism for Tuscany, Stefano Romagnoli on one side, and the operators in Florentine and Sienese Chianti on the other.

Also present were the mayors of Barberino Val d’Elsa, Tavarnelle and San Casciano. Ciuoffo e Romagnoli further explained the changes brought about by the new law. Above all, they guaranteed the professional landlords a change in the article regarding their activity

. In the meantime, it was established that the landlords with a license to serve food and drink could continue.

How? By transforming the rooming houses into B&B’s with the same license. Starting immediatedly, through a request to the township. The name will change, but the activity remains as is.

Antonio Pescetti and Gianni De Marchi, representatives of the category of “professional landlords” and spokesmen for the protest (we interviewed them on WeChianti a while back, her’s the article), are extremely happy. 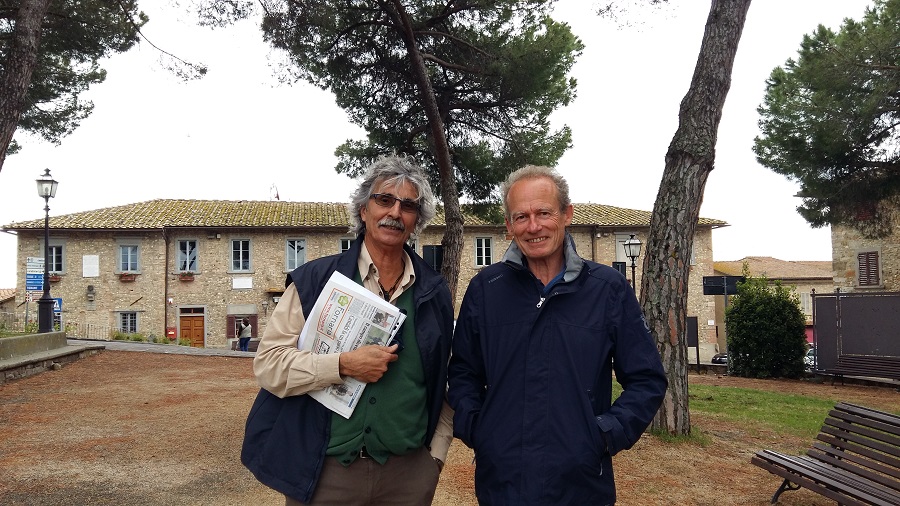 Obviously they are watching their step. The process hasn’t been concluded. But they obtained a ﬁrst important success, because they were listened to and reassured.

“Our campaign hit home,” begins Antonio Pescetti,owner of La Chiara di Prumiano.” I am relieved. I go home happy, knowing that I will be able to work. But I will remain difﬁdent until I see something in writing”.

“I am very satisﬁed by what Ciuoffo and Romagnoli said,” adds Gianni De Marchi, owner of Il Paretaio.” “Now the promblem is the timing. Let’s hope that the modiﬁcation is ready by July 12, as promised”.

“The law in vigor foresaw the possibility of the rooming houses becoming B&B’s,” he explains. “The only thing guaranteed was breakfast. This is useless for us. We also want to offer lunch and dinner”.

“The assessor and director are full of good will,” he says. “However, the law needs to be rewritten and must pass through the council. And the council is made up of the same members who hurt us so much in the ﬁrst place”.

“We hope that everything goes well,” conclude Antonio and Gianni.  “We would like to thank the mayors of Barberino and Tavarnelle, who supported us”.

Among the gorse in bloom, looking at the vineyards of Tignanello

Castellina in Chianti: “La Merenda nell’Oliveta” is back on Sunday