In the historic centre of San Casciano, an unprecedented cultural promotion operation kicks off that intertwines urban decor and enhancement of contemporary artistic forms and languages.

In one of the most fascinating areas of the village, between the Torre del Chianti and the panoramic terrace of the Piazzone, in the gardens of Piazza della Repubblica, the Municipality creates the exhibition flowerbed.

An art point with the aim of dedicating a small large museum en plein air to Italian and foreign artists. The project was born from an idea of ​​the councilor for culture Maura Masini. 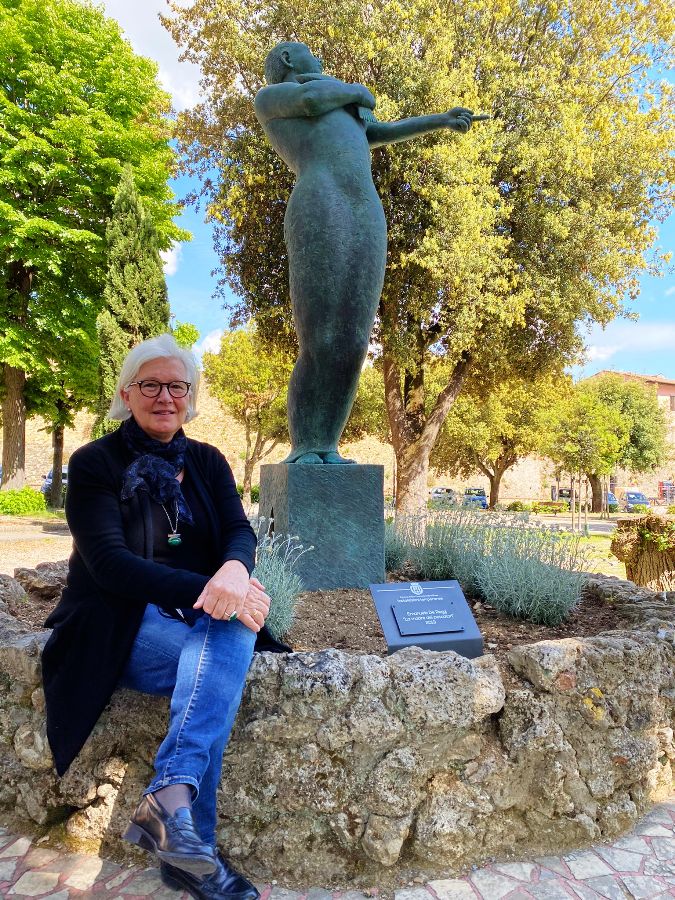 “We have a territory that is characterized by harmony and beauty – declares Maura Masini – rich in environmental and historical-architectural resources and peculiarities able to offer a natural context of great value for the reception of various forms of artistic and cultural expression”.

“To enrich a green area with a privileged stage – she continues – a showcase that enhances contemporary artistic identities is an experimental project that starts from the temporary exhibition of a work by Emanuele De Reggi, which will be followed periodically by others, the principle of the alternation between artists is a tool that we have decided to adopt to multiply opportunities and occasions for the authors and enrich with events and moments of knowledge of art in the spaces most enjoyed by the community we live in everyday life “.

The exhibition flowerbed of San Casciano was baptized by “The mother of fishermen”, a sculptural work made in bronze by Emanuele De Reggi.

The monumental figure represents a woman who indicates the sea, the water, and is oriented towards the countryside of San Casciano where the Pesa river flows.

The sculpture holds a fish in his hand, indicating the role of fishermen which is to feed communities through the life that animates the seas of the world.