At the beginning of the via Chiantigiana, along the road from Grassina towards Strada in Chianti and then Greve, there is a statue.

Located on a roundabout, it reminds us that this territory is not only dedicated to vineyards and olive oil but also to wheat.

The statue is there to remind us of what the Chianti region once was, the land of wheat.

The same townspeople take care of the upkeep of this space, where also, once a year, wheat is harvested. 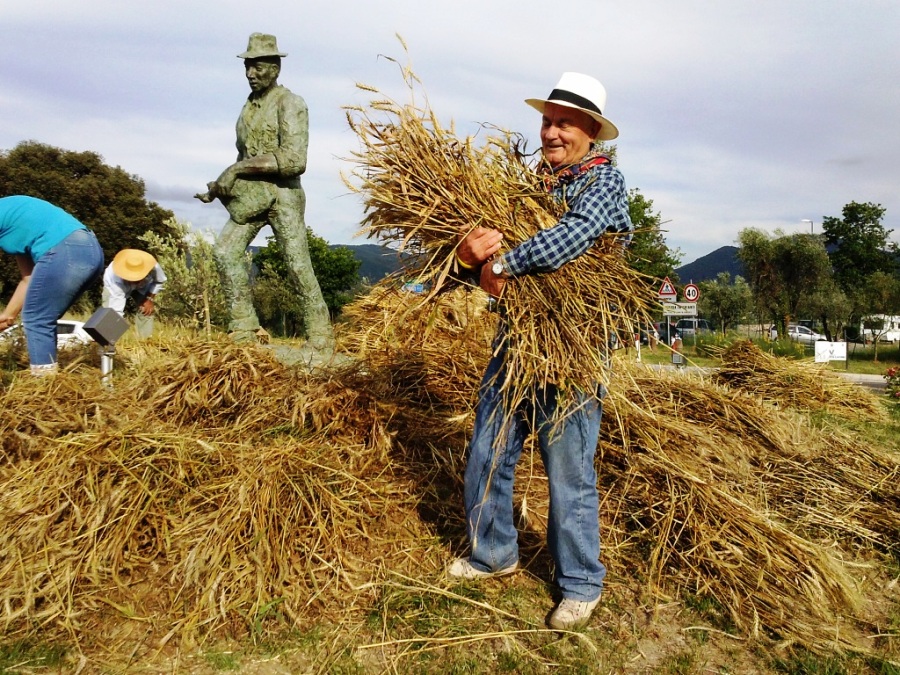 Because, obviously, surrounding the “seeder”, wheat is grown.

Dressed like farmers from decades ago and accompanied by the tools of the era, including the sickle, they reap, then bind the wheat and place it at the foot of the statue.

This is a tradition that repeats itself every year during the days of the harvest.

Those were the days when in Chianti they held “battiture”, the pounding of the wheat into grain, the days in which wheat was beaten in the farmyard by day, and in the evening everyone dined together.

Today there are no longer “battiture”,but the “Seeder” will always remember the past. 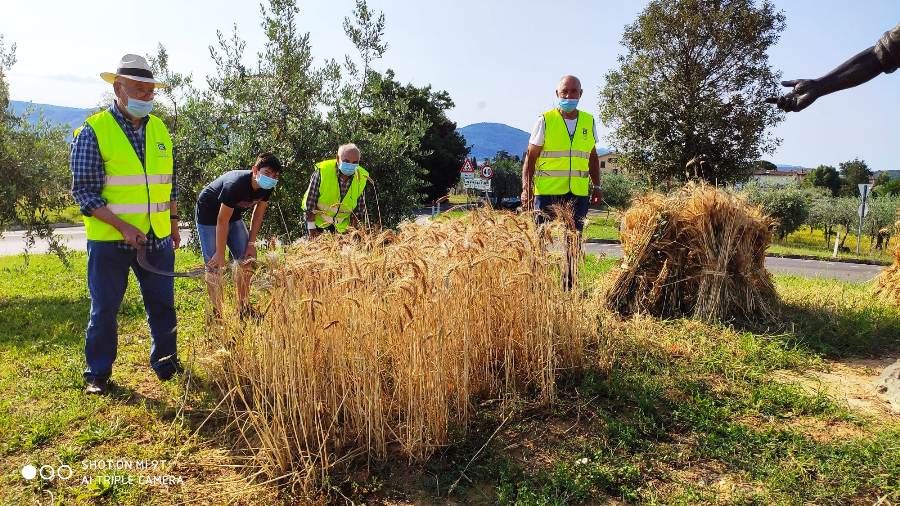