It is June and it is already hot. Soon we will be able to see sheaves of wheat in our countryside under the hot sun; only a few compared to when our hills were golden.

Until at least the end of the 1960’s, wheat was a community resource for the entire community, in the time of the farm society. Life was based around three main crops which represented sustainment for the whole year: wheat, grapes and olives. And each of these moments had not only an economic but a socio-cultural value as well.

It was a time when relationships were punctuated by the division of labor but also by the table settings in the barnyard, where one could have pleasant encounters while tasting a good dish of stewed duck with a good glass of wine.

The Mori family, owners of the winery, “La Bruscola”, in San Casciano are part of this tradition, because Dante Mori, who began this activity in 1967, was always a master of threshing.

Over time, the business grew, and today it produces Chianti Classico wine, wine in barrique, vin santo and extra virgin olive oil. Grandpa Dante passed away, but his son, Gennaro and grandson Stefano, remember his stories, keeping them alive today.

For this reason, Stefano is creating a small museum of agricultural equipment in a wing of the building, in order to offer the new generations a way of learning about the world of the farmer.

“I didn’t live that life in ﬁrst person,” confesses Stefano, “but I grew up seeing this thresher, now unused, which apparently stays there immobile, but reminds me of our roots every day”. 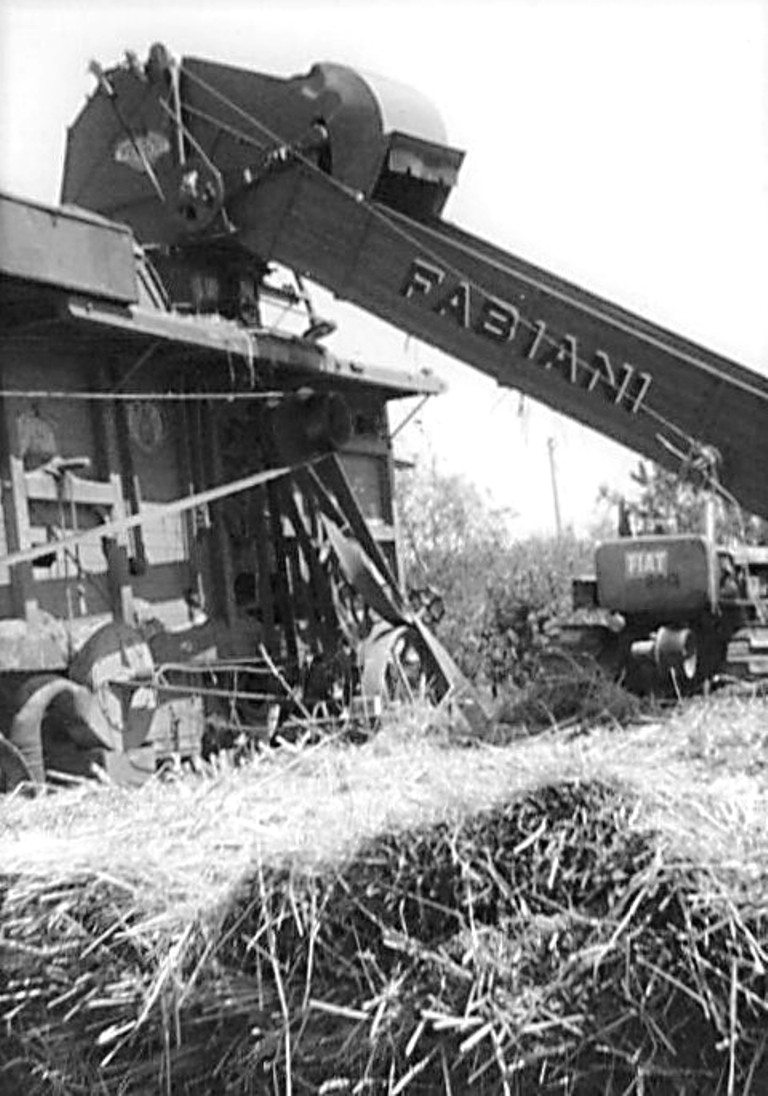 Benito Mori, originally of Santa Cristina in Salivole, Dante’s cousin known as “Ugo”, has been a voice from the past for our readers and as a boy, together with Dante, he did the threshing for farms in our territory.

He told us with emotion about the moments tied to the collection and threshing of the wheat, when in 1954, at the age of 17, he began the job of “imboccatore”.

“On both sides, there were girls who cut the sheaves and passed me the wheat which I stuffed into the mouth of the thresher. We started by harvesting with a scythe around June 10th. We piled the sheaves up and made a boat. This boat kept the wheat for us much as a month, with the ears pointed inwards. There was a contest to see who made the better  ‘boat’. Around the middle of June the threshing began. Each farmer did his own. It was a real party, with relatives and neighbors (non-machinists), who were considered respectable, who had a girlfriend on every farm. Nothing of the ear was thrown away. From the kernels, wheat was made. From the stem we made straw for the animals. The slag was put in the henhouse. The chickens always found some leftover kernels”.

“When we passed by Romita with the thresher,” continues Ugo, “there were always people along the road to greet us. Everyone awaited the thresher and began speaking about it a month before. It was a party”. 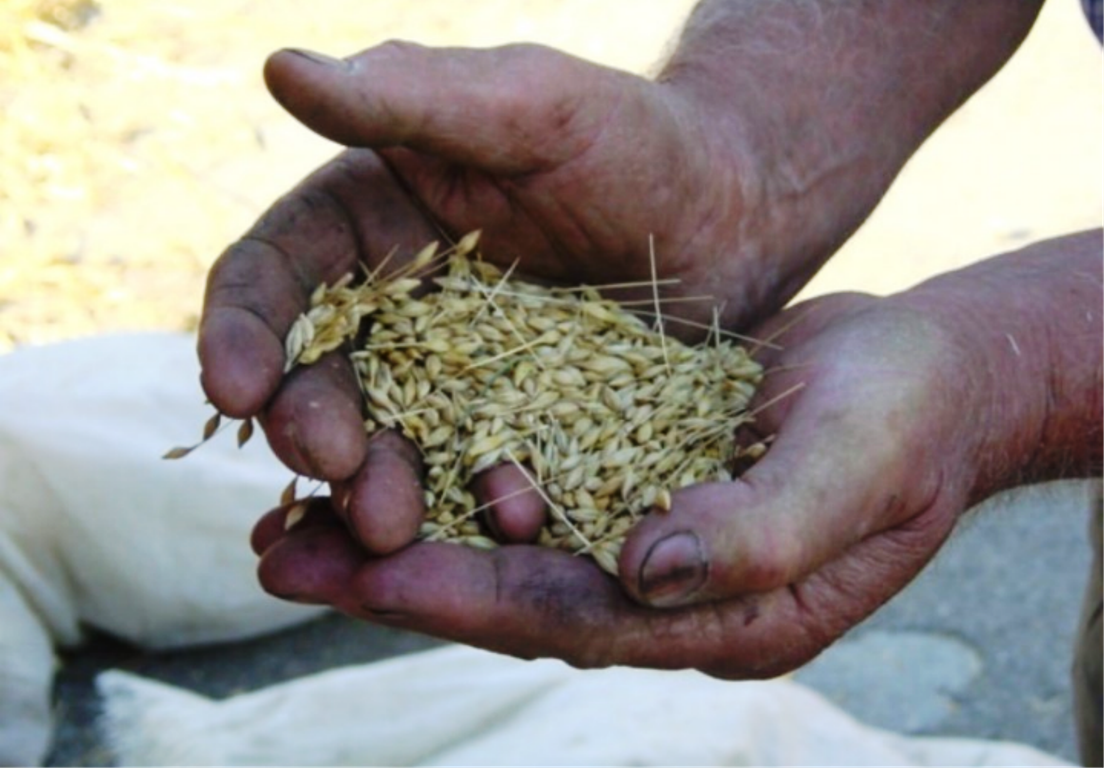 “We worked hard,” says Ugo, “from dawn to dusk. But we weren’t tired, because we were happy. They were the best years of my life”.

“Then, after the 60’s, the golden age of agriculture began its decline,” explains Gennaro. “Together with more mechanization, there was the abandonment of the countryside for the factories by the farmers. The time to put down the thresher slowly arrived also for Dante, because there weren’t areas left to cultivate the grain”.

That farm world full of passion and solidarity in hard work, which Ugo helped us relive through his story, shouldn’t be forgotten.

As underlined by Gennaro, “at that time, wheat was the life of the family. Today, instead, the cereal crop is almost unknown by youth. It is for this reason that we collaborate with the Scuola di Agraria and often give demonstrations in the Piazzone, so the world of our grandparents is recognized. There we can ﬁnd the roots of our territory”.