“The Incommunication of Wine: the capacity to communicate wine in our way”. This is the provocative title of the debate that the Tourist Movement for Tuscan Wine (MTV) will present on Sunday, November 27, at the convention, “Center of Food and Wine” in progress at the Stazione Leopolda in Florence. 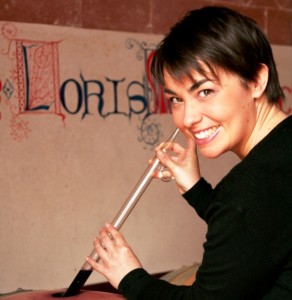 The debate will cover the institutional communication of consortiums and sommeliers, as well as the more innovative means of communication of some of Tuscany’s wineries, and will arrive at music as an instrument to attract younger people to a sector which needs to be renewed from a promotional point of view.

This is the theme of the meeting that the MTV Toscana is presenting in order to open a discussion among some protagonists of the ﬁeld. “This is a provocation that surely does not want to be an end in itself”, explains the President of the MTV Toscana, Violante Gardini. “According to us, today in the grand globalization that is involving our sector, we risk sending a single message, losing the exceptionality of the emotions offered by our wineries”.

The following have been called upon to tell their stories: the national president of the association of Italian sommeliers, Antonello Maietta, will tell about communicating wine through tasting; the head of communications for the consortium of Chianti Classico, Silvia Fiorentini, will recount the experience of communication during the grand event celebrating the 300 years of Chianti Classico; the rapport between communication and social media will be discussed by Luisa Calvo, communications manager of the Marchesi de Frescobaldi wineries; the president of the MTV, Violante Gardini, who presented the video commercial about the Movement, an unusual presentation created by Tobu Web, agency for multimedia promotion made up of youth who are passionate about communication and wine.

The video shows the participation of tens of the faces of Tuscan wine who explain in different ways the reasons to visit Tuscan wineries Lorenzo Baglioni, young Florentine actor, musician, and comic author will take part in the roundtable. He speaks about a way to communicate messages through music and texts aimed at a diverse public.