Contemporary art in the area, classical music concerts in the cellar, contemporary theater shows in the squares and many experiences to live among the rows of the Black Rooster.

The works will start from a “canvas” that is the same for everyone, designed to represent the unique symbiosis that exists in Chianti between wine and its territory: a large bottle of Chianti Classico about four meters high, which each artist will personalize and make unique with his work.

The distribution in the territory of the works will create a widespread, itinerant exhibition, easily usable by the public of all ages.

The exhibition, entitled A (rt) message in a (Chianti Classico) bottle, will interact with the works already present in some cellars and with those installed by the municipalities of San Casciano, Greve in Chianti and Barberino Tavarnelle as part of the “Chiantissimo” project, thus giving life to a single large circuit of contemporary art spread throughout the territory of the Black Rooster.

Between 9 July and the end of August the Chianti landscape will also dialogue with classical music performed by the extraordinary students of the Accademia Musicale Chigiana.

Thanks to an agreement between the Consortium and the Sienese institution of very high musical education, known all over the world, some Chianti Classico wineries will host a special line of musical events in the program of the Chigiana International Festival and Summer Academy 2022.

The performances of young talents already on their way to international concert careers will be preceded by tastings of wine and local products, in evenings where musical and food and wine culture will meet and will bring together people from all over the world.

Precisely to offer an audience from different latitudes a broad overview of experiences related to different forms of art, Meet Chianti Classico Experience will also stage “diVINUM”, a theater show dedicated to wine and designed to overcome the language barrier through an event-show, which will have a language accessible to all, even to foreign spectators.

The dramaturgical style will be that of the Contemporary Circus, shaped by a direction that will tell through various disciplines such as square theater (fire, stilts, acrobatics), theater / dance, video projection and music.

The show, produced by the Arca Azzurra Association of San Casciano and supported by the Consortium, will cross the territory through replicas in some squares of Chianti during the summer season.

To complete the 2022 Black Rooster offer, the Chianti Classico Card is back, the “points” card that includes over 150 experiences in the Chianti Classico cellars, prices reserved for the purchase of products, access to local museums and many other initiatives to be discovered on card.chianticlassico.com.

Until September, “open air” tastings will also be staged, where you can taste the Chianti Classico presented directly by its producers while walking through the villages of the area and in particular: after the great successes of Radda nel Bicchiere (Radda in Chianti), Pentecoste in Castellina (Castellina in Chianti), I Profumi di Lamole (Lamole), will be the turn of EXPO Chianti Classico (8-11 September, Greve in Chianti); Vino al Vino (Panzano, 16-18 September); Montefioralle Divino (Montefioralle, 24-25 September).

“We wanted to enhance even more the experience of a traveler who has always identified our territory with the wine that is produced here” says Giovanni Manetti, President of the Chianti Classico Wine Consortium.

“The billboard – he adds – was designed to make artists from all over the world interact with the best local energies, in a synthesis that in some way represents the opening that this territory has always had towards the world. A vocation that every year brings in our streets thousands of national and international friends attracted by our territory and by what it represents: the art of good living “.

Meet’s program of initiatives will join other events organized by the municipalities of the Chianti Classico area in the musical, theatrical and artistic fields, giving life to a program of over 100 initiatives that will be staged throughout the summer.

The complete program on chianticlassico.com.

Concert of the students of the guitar and chamber music course – Oscar Ghiglia, teacher.

Concert of the students of the flute course – Patrick Gallois, teacher.

Concert by the students of the String Quartet course – Clive Greensmith, teacher.

Concert by the students of the Contrabass course – Pino Ettorre, teacher

Concert by the students of the Five centuries of Guitar seminar – Eliot Fisk, teacher.

Concert of the students of the violin course – Salvatore Accardo, teacher.

Tasting of local wines in the square of Greve

Tasting of Montefioralle wines in the center of the village 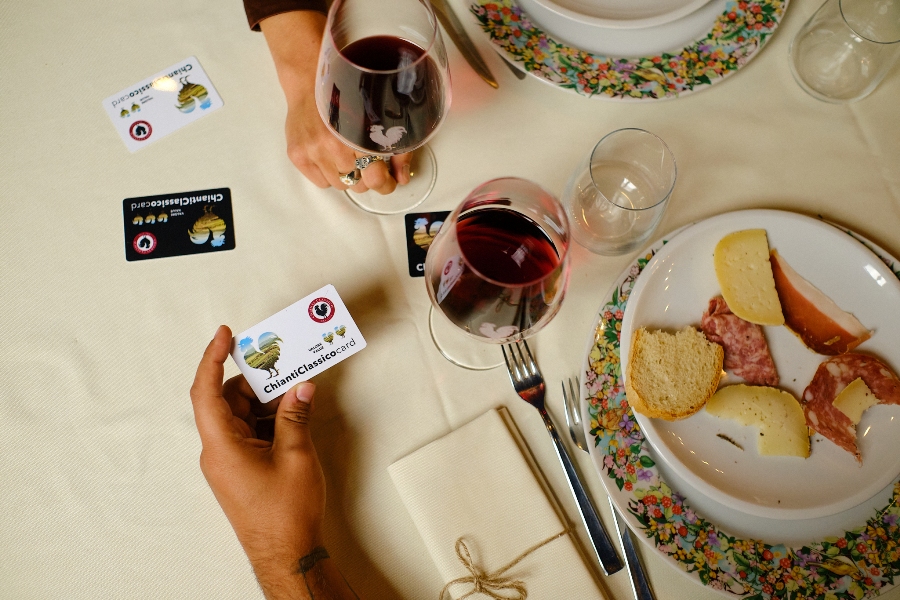