This is the title of the summer festival, between theater and music, organized by the Giuseppe Verdi Philharmonic of Marcialla, in collaboration with the Marcialla Cultural Association.

Seven evenings in which the country will return to offer culture, entertainment, the desire to be together (in compliance with the rules).

Saturday 17 July at 6.30 pm concert by the Music School of Marcialla in Piazza Brandi.

Sunday 1 August, at 6.30 pm in Piazza Brandi, concert by the Giuseppe Verdi Philharmonic of Marcialla.

Saturday 7 August, at 9.30 pm in the courtyard of the church, concert by “Gran Riserva Power Trio and Angela Tomei”, with their interpretation by Franco Battiato.

Finally, Saturday 28 August, at 9.30 pm in the courtyard of the church, “Quartetto Tetra” in “Seguirò brilliant fararsa 2.0”. 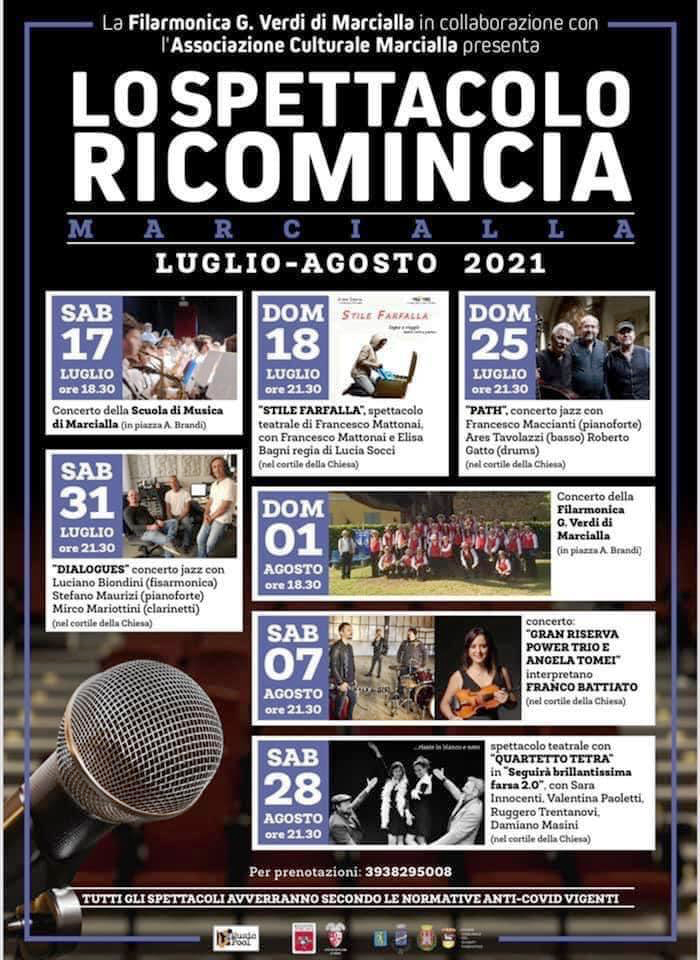