The theater, in the summer of Greve in Chianti, can be enjoyed on the wonderful terrace of the San Francesco Museum.

It is here, overlooking the heart of the historic center, that the Summer of San Francesco will take place, theatrical performances from 29 June to 31 August.

The Mald’estro Company presents “Amore di-Vino in tempo di Peste”, on the occasion of the anniversary of the death of Pier Paolo Pasolini. Directed by Alessandro Calonaci.

The Mald’estro Company presents “Stenterello e la sepolta viva”, on the occasion of the 400th anniversary of the birth of Molière. Directed by Alessandro Calonaci. 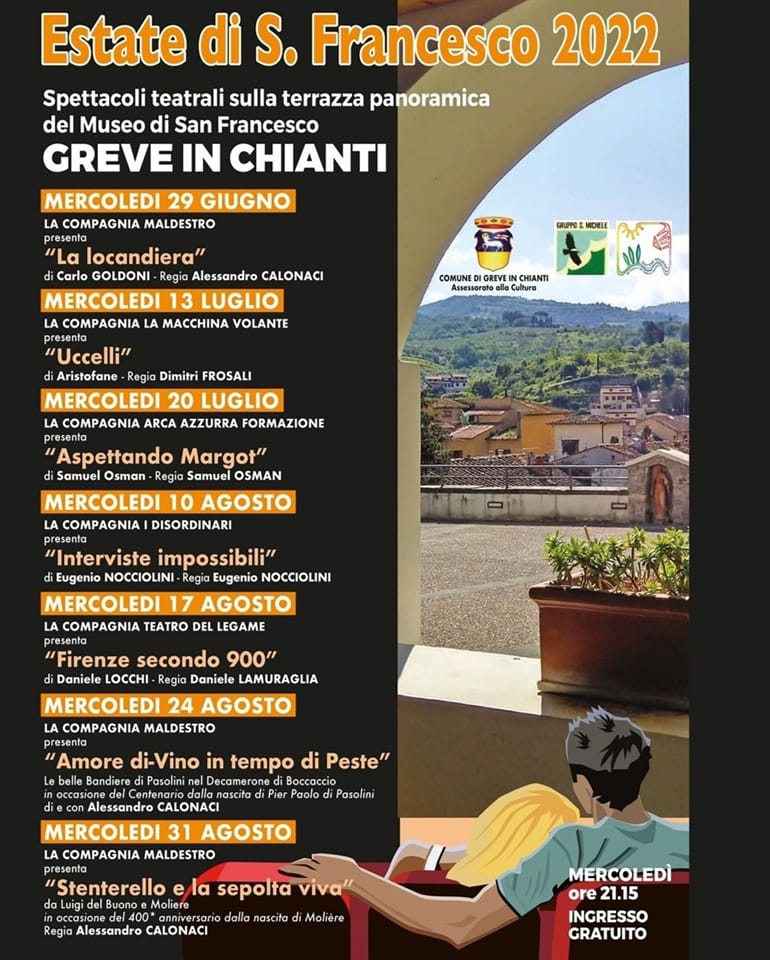