After two years of hiatus due to the pandemic, the Medieval Sancascianese Carnival will also return.

He will do it a few weeks later than usual, but with two days in which all of San Casciano will be completely “dressed in the Middle Ages”.

The scheduled dates are Saturday 28 and Sunday 29 May. However, there will not be the traditional parade-show of the districts (Giglio, Torre, Cavallo, Leone, Gallo).

So rather than Medieval Carnival it will be San Casciano Medievale.

On both days, a medieval market through the streets of the town, themed arrangements and entertainment.

Saturday 28 May begins at 4 pm, with a guided tour of the Giuliano Ghelli Museum and an exhibition of falconers by the “Guelfi Falconieri” group.

At 5.30 pm conference at the Niccolini municipal theater entitled “The Middle Ages in San Casciano”.

At 7 pm dancing aperitif in the Arena Inside the Walls (Piazza Samonà).

At 8 pm “Medieval Dinner” in the square, with entertainment by the La Barraca group (info and reservations 3317730405).

Sunday 29 May, exhibition of falconers by the group “Guelfi Falconieri” and medieval camp by “Antichi Popoli”. 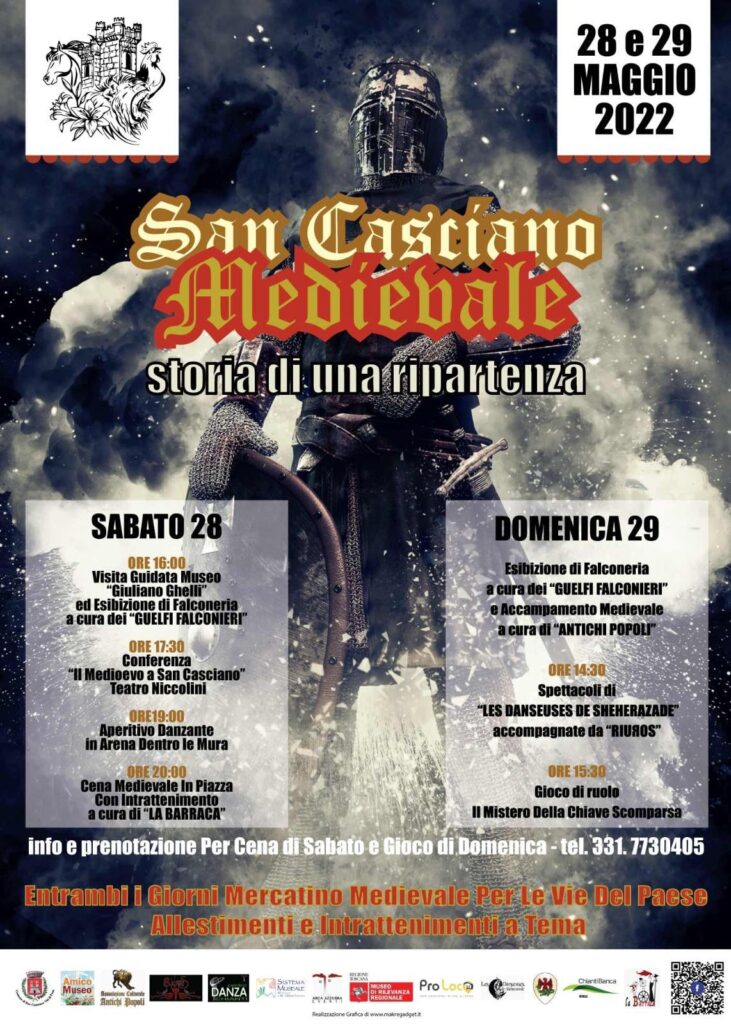