This time, from “La Toscana di Rufﬁno” (the book by Francesco Sorelli, here on Amazon), we don’t only steal a recipe, but a way of being, of living, of enjoying delicious leftovers.

“Lesso rifatto con le cipolle” (leftover boiled beef sauteed with onions), is a classic of Florentine and Chianti cuisine, known also with the term “francesina”, perhaps for its abondant use of onions. 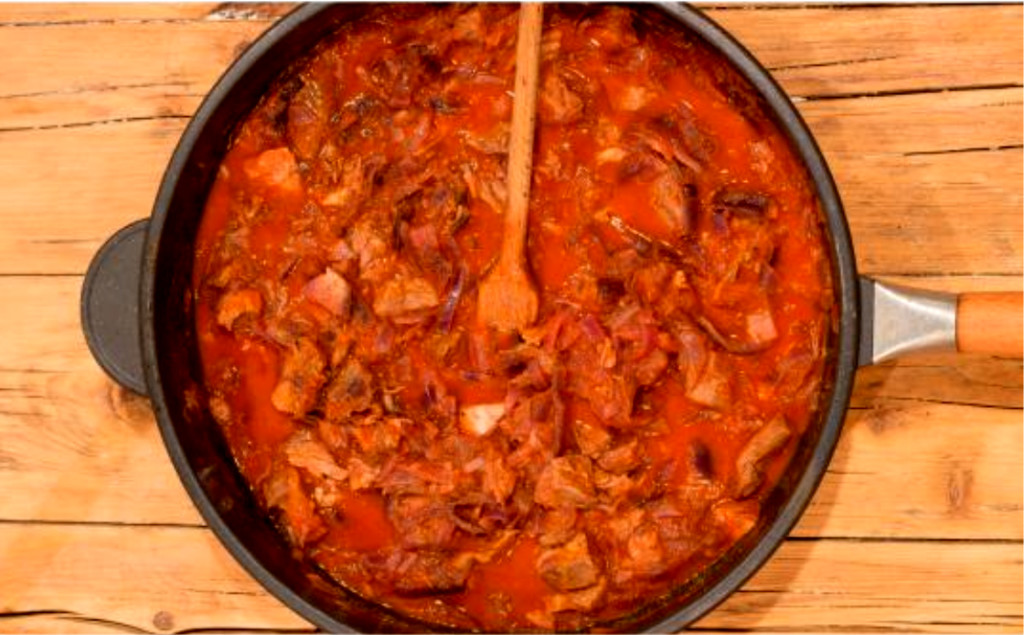 “Il lesso” (boiled beef) is the name in Tuscany which identiﬁes meat boiled with herbs and vegetables to make broth. When boiled beef and onions were served in the past, it was always a festival of goodness. 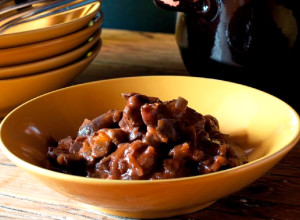 Usually, this happened on Monday, or after an important meal where boiled beef or broth was served.

“Il lesso con le cipolle” is a stew with a base of leftover boiled beef and abundant onions.

The dish requires a lot of bread and thus is a one plate meal, tasty and ﬁlling.

Francesco Sorelli – My Tales of Tuscany – Photo by Sandra Pilacchi