“Christmas in San Casciano”: the program of events organized by Pro Loco San Casciano, CCN La Dolce Gita, Siproimi is very rich, with the patronage of the Municipality of San Casciano and the support of ChiantiBanca.

4 pm lighting of the lights; presentation of the new book by Andrea Merli “And then it grows” in the Cupola Room of the Acli circle.

4.30 pm at the Everest Cinema Theater, “Disney Syndrome”, show of the district of “Cavallo”.

4 pm, in the streets of the historic center , Santa Claus with his buggy.

4 pm Historical procession of the districts of the Medieval Carnival in the streets of the historic center. At the end of the parade, lighting the tree under the medieval walls with the decorations made by the children of the school. Following snack in the square with bread and Nutella offered by the CCN. 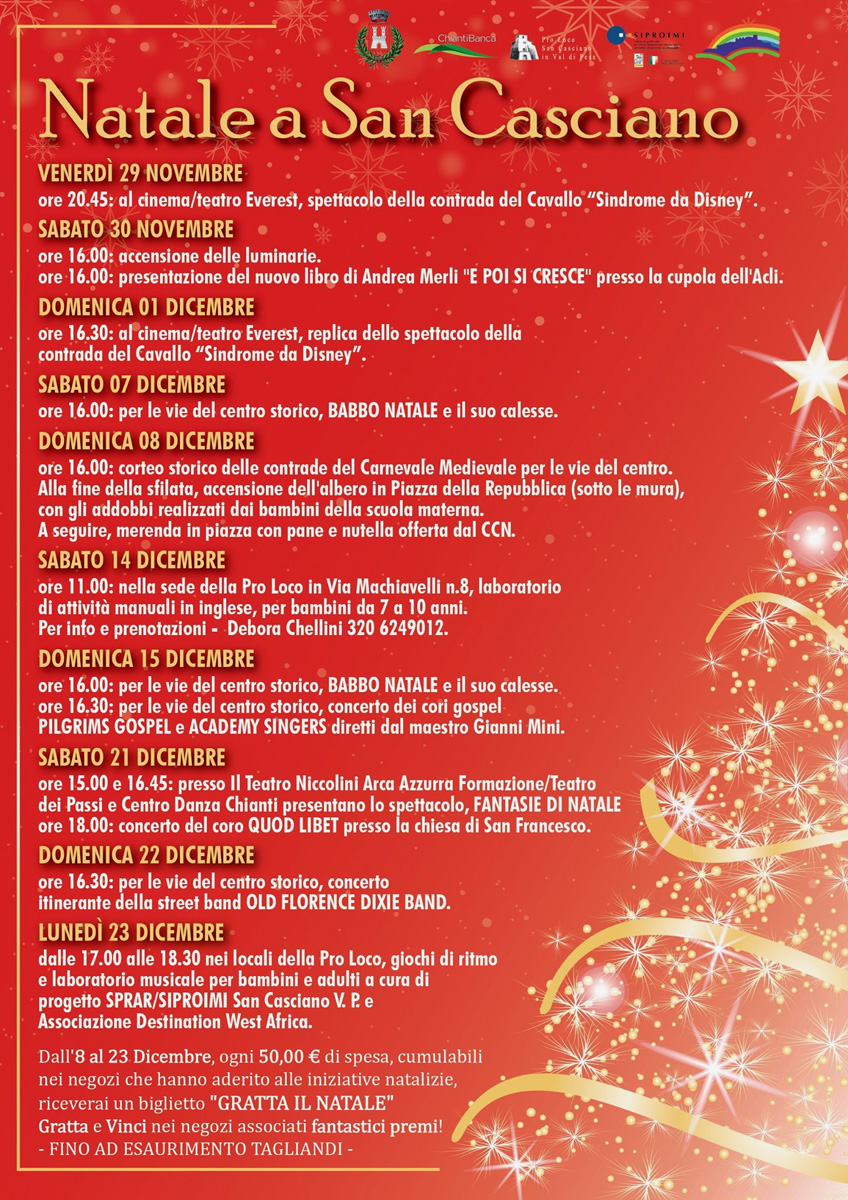 11 am at the headquarters of the Pro Loco in via Machiavelli laboratory of manual activities in English for children aged 7 to 10 years. Info and reservations: Deborah Chellini 3206249012.

4 pm Santa Claus and his gig in the streets of the historic center. At 4.30 pm concert of the gospel choirs Pilgrim Gospel and Academy Singers conducted by Maestro Gianni Mini. 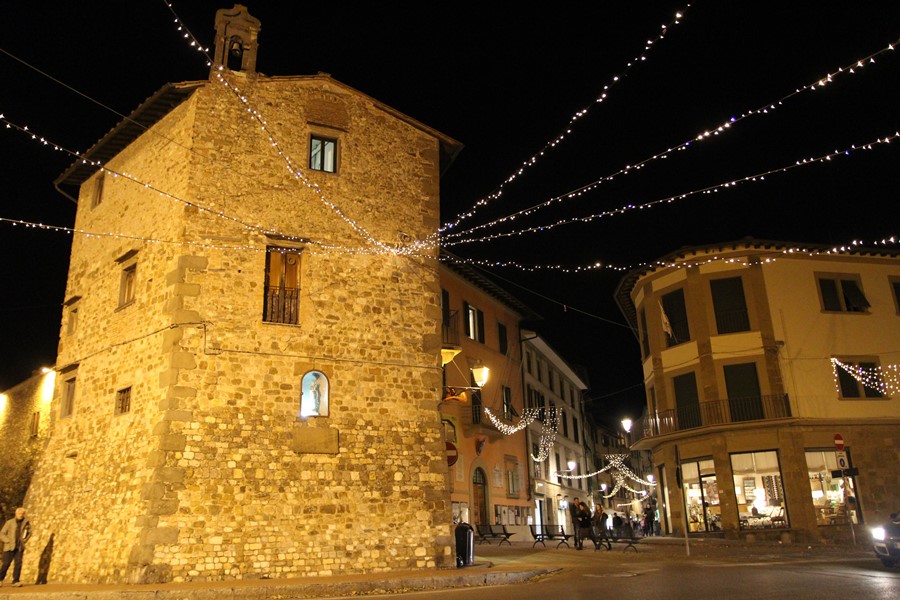 4.3 pm through the streets of the historic center, a traveling concert by the street band Old Florence Dixie Band.

From 5 pm to 6.30 pm in the local Pro Loco venues rhythm games and musical workshop for children and adults by Sprar / Siproimi project and Destination West Africa Association.

From 8 to 23 December for every 50 euros spent, which can be accumulated in the shops that have joined the Christmas initiatives, a “Scratch Christmas” ticket (a scratch card with beautiful prizes, up to exhaustion coupons) will be delivered.