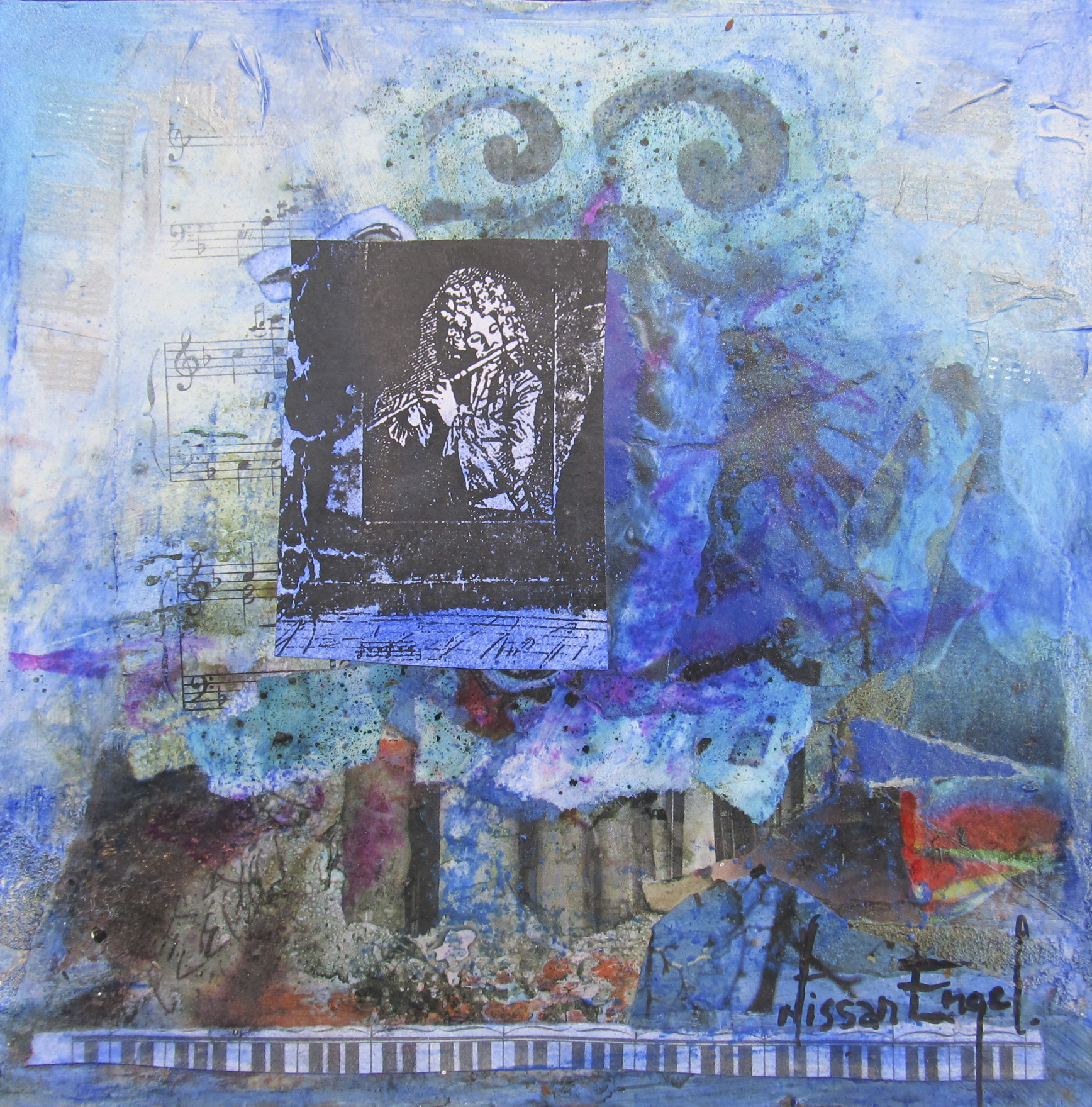 For the 20th anniversay of the “Ferro Vocal Program”, Nissan Engel will exhibit in Greve in Chianti starting on July 10.

The French Master dedicates this Show to the deceased Daniel Ferro, illustrious opera singer, voice instructor and his dear friend.

Engel returns to Italy after numerous shows in Sweden, Switzerland, Germany and the USA (New Orleans, April, 2016). He leaves Greve on July 12 to inaugurate an important exhibit in Tokyo.

The theme of his works is music in relation to painting, explaining the bi-directional relationship that exists between the two arts; harmony of color for the visual and musical sensations for the auditory, both capable of communicating emotions through the perception of colors and sounds.

Engel, with a vast experience in theatre and music, recently created a ﬁle containing six aquatints inspired by the world of Opera. Engel paints using a wide series of techinques, and in this event he presents works produced on cotton paper of various dimensions as well as beautiful incisions from some time ago.

Some works on canvas, created especially for this occasion, will also be presented. Engel’s painting leans towards the search for harmony and through various means (design, pastels, collage) he communicates feeling and emotion through various foms which extend from the work to the context and the world.

In his paintings, usually immersed in a dominant color, elements of architecture or sculpture, writing and music appear. These are sometimes hidden, and a peek reveals some particulars of a Venetian bridge, (one of the most beautiful cities  of the world, according to the artist), a marble bust, a sentence from a mysterious letter. In following looks, new forms appear, and the work reveals itself slowly to the sensibility of the esthete.

The recurring pyramid structure recalls the base of the Earth on which man leans, and upon which his spirit is then elevated into the air. Real “sculpture on paper”, the creations of Nissan Engel all have a central element on which the work is held, in equilibrium.

The exhibit, hosted by the Museum of San Francesco of Greve in Chianti and sponsored by the Township of Greve in Chianti, is curated by Riccardo Nicoletti. The inauguration is on Sunday, July 10 at 5:30pm. It will continue until July 24, following the hours of the museum (Tuesday, Thursday and Friday from 4-7pm, Saturday and Sunday from 10am-1pm and 4-7pm). Info at: www.riccardoarte.it – info@riccardoarte.it.