30marTutto il giorno29lugMusical Spring, in Greve in Chianti music flies from village to villageGreve in C. 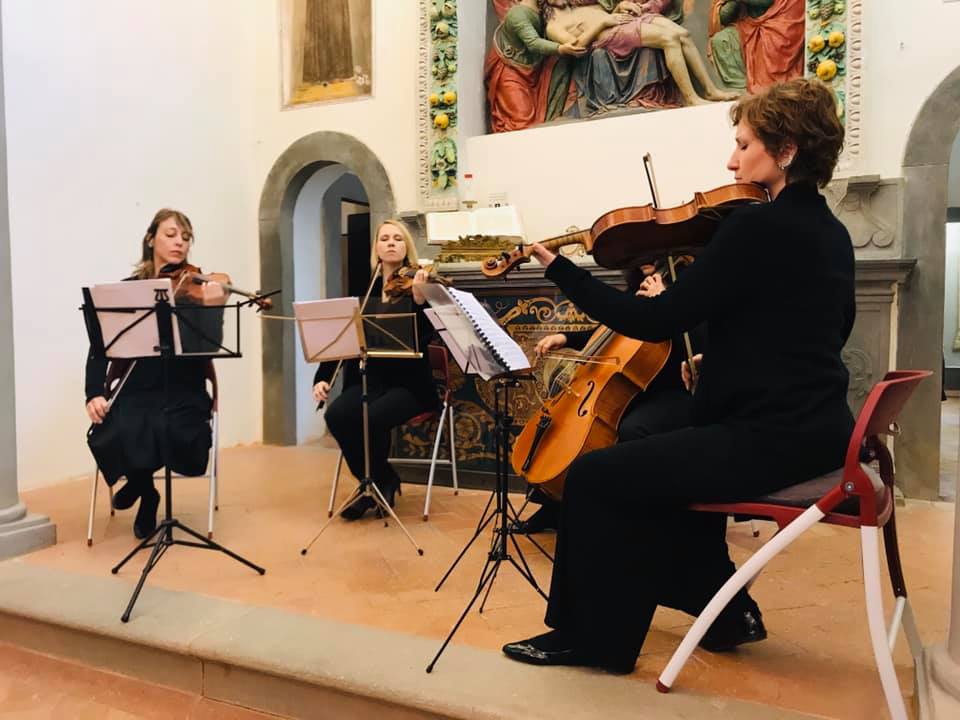 Classical music and beyond. The spring wind brings classical, rock and jazz music to Greve in Chianti: to its churches, historic villas, community halls, museums, terraces and surrounding hamlets.

“Musical Spring” is the third edition of a music festival that – from March to July 2019 – will give space and voice to the great artistic tradition carried out in Greve in Chianti for decades.

The event was born from the collaboration between the Municipality and the School of Music of Greve in Chianti, and this year reaches a higher cultural and educational standard.

The cultural offering of the Chianti region is enriched by the renewed partnership between the Municipality and the School of Music of Greve, now in its 30th year, which stages the talents of its teachers, interpreters of some of the most beautiful pieces of music of all time.

The festival opened on Saturday, March 30th at 5pm in the San Francesco Museum, with the duo Luca Rinaldi on violin and Carmelo Giallombardo on viola with music by Hoffmeister and Mozart.

From this year the Greve Music School has been given a new space – the Munari kindergarten in Greve – dedicated to the rehearsal of its Orchestra and Choir. The “Più Rock che parole” and “Più delle parole” are interpreted by the students of the Music School.

In May, four musical events are scheduled: the 11th at the Casa del Popolo at 9.15pm, the second edition of “Più rock che parole”.
On the 18th at 3pm the wine festival “I Vini del Castello in Montefioralle hosts the Saxophon Travel concert.

On the 19th there will be two classical music concerts at 12pm and at 4.30pm. On May 26th at the Church of San Donato di Lamole at 5.00pm the twelfth edition of “Spazio fantasia – Più delle parole” will be presented.

The Musical Spring blooms in June with four events.

Two events round off the June program: on the 16th at 11.30am at the Lucolena gardens, and on the 21st at 9.15pm at Villa Il Leccio in Strada in Chianti with a concert given by female musicians.

In July the festival will feature on the 6th at the San Francesco Museum and on the 25th at Villa Il Leccio in Strada in Chianti at 9.15pm.

Finally, the star of the evening show of July 29th will be an exceptional trio, the trio Summit, which will perform in the Church of Santa Croce in Greve in Chianti with a fascinating repertoire, from Piazzolla’s Argentine tango to some contemporary musicians.