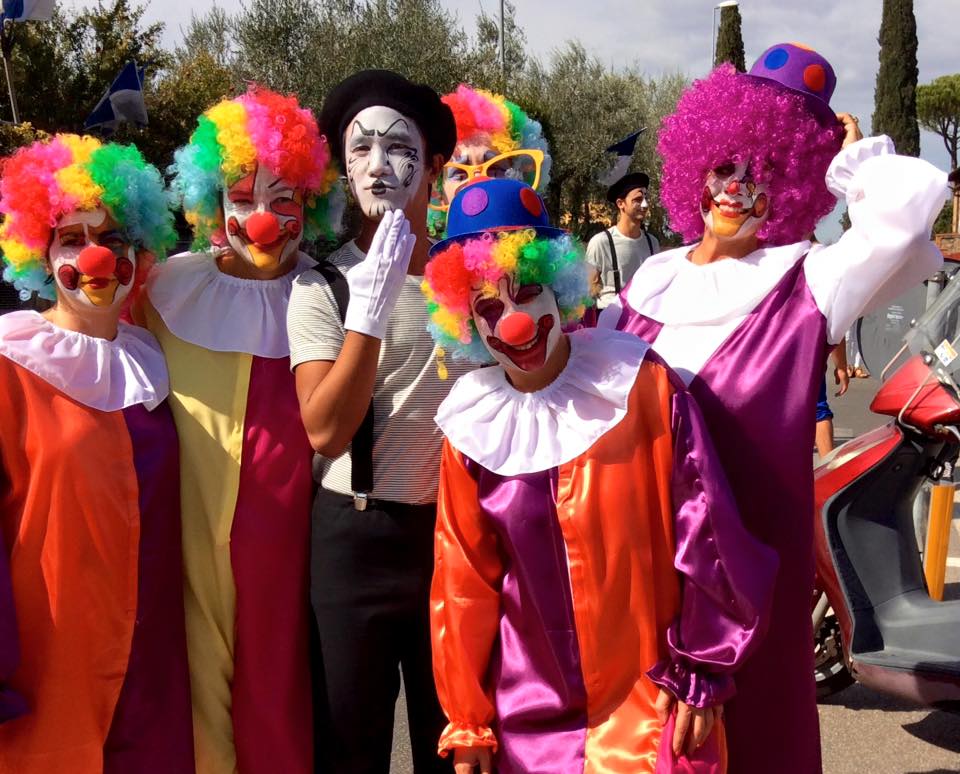 Rione Martellina, Rione Borgo, Rione Poggerino, Rione Ruota-Cappellina, Rione Palagione; these are the districts of Strada in Chianti (Greve in Chianti) that will compete in all sorts of games during the week-long fair, from 12th to 18th September.

It starts on 12th September with card games, then the evening of 13th September will be inspired by “Games without Frontiers”,  the famous television show, which is this year’s novelty.

On September 14th, the districts’ teams will compete in the “Musichiere game” (the Italian version of “Name that tune”) and on September 15th it will be the turn of “Strada Got Talent”, with the exhibition of each district’s top talent.

The award ceremony to celebrate the winner of 2017’s fair with the “Cencio”, will take place on the evening of Saturday September 16th  during the Pasta Party. On Sunday September 17th, you’ll see the most highly-anticipated event, the parade of all the districts’ colours along the streets of the town.

This year an external jury will award the following prizes: best float of the parade; best make-up, wig and costume; best music and choreography; best character; originality and fun; best street decorations. The prizes for the winners of the parade are offered by “Enzo Zago Terrecotte Artistiche” and will be presented by the Mayor of Greve in Chianti Paolo Sottani.

During the fair, the food will be organised by the Proloco of Strada in Chianti. On September 16th, great Pasta Party and music with Tommy di Show.

On the 14th and 17th September, the restaurant Pizzeria Ristorante I’D’olio will take care of the food, with pizza, coccoli (deep fried bread dough) and ‘fritto misto’. Entertainment by Sheila and Joele. The 17th music with Cantine Blues Ligabue Tribute Band. Finally on Monday 18th a dinner will take place to celebrate the end of the fair, reservation at the newsstand or Barberia Brazzini.

During the dinner, there will be a lottery draw, for which tickets can be bought at the town’s shops and can also be purchased during the fair.