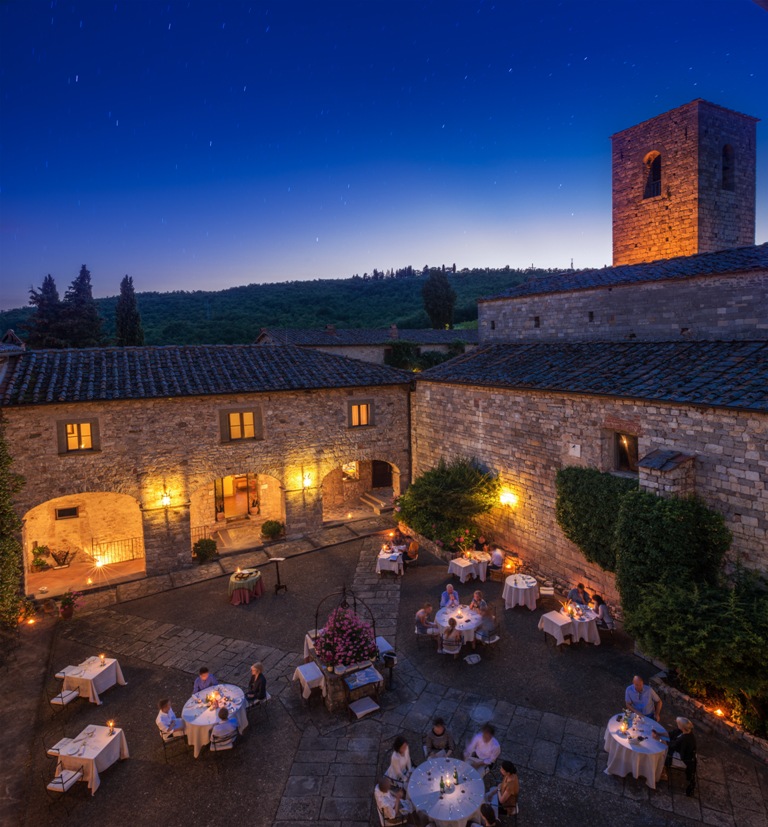 Articolo disponibile anche in: ItalianAfter the success of the first edition, “Dining With the

After the success of the first edition, “Dining With the Stars” returns to the Castello di Spaltenna (Gaiole in Chianti).

Last summer, the chef, Vincenzo Guarino, cooked side by side with great Italian chefs like Gaetano Trovato, Nino di Costanzo, Andrea Ribaldone, Giuseppe Mancino and others. This year, for the second edition, he made a different choice and involved chef and pizzaioli friends from other countries, creating a fun and unique calendar of events.

First will be Tomaz Kavicic, famous for inventing cooking on a salt slab. Next up is Gennaro Nasti, Neapolitan, who conquered Paris in less than two years with his gourmet pizza.

The next protagonist is Gianfranco Iervolino, one of the most famous pizzaioli of Italy. He will be followed by Francesco Gasbarro, who conquered a Michelin star in Switzerland only 5 months after opening.

Between the end of August and the beginning of September, two more great pizzaioli: the first is Simone Fortunato, the other, Giovanni Santarpia, who will be followed by chef Laurent Lemal (who recently won the prize for the “Meilleur plat 100% vegetal” of the Bocuse D’Or 2017) and Joaquim Koerper, who represents the first Lisbon restaurant to win a Michelin star with a German chef. Directing, outside of the kitchen, will be the talented Andrea Giubbilei who has been in charge of the hall and wine cellar for 7 years. hall and wine cellar for 7 years. The summer events will take place outside in the cloister, dominated by the antique belltower of the Pieve, where a special and intimate atmosphere reigns. The last two evenings will take place in the Pievano restaurant.