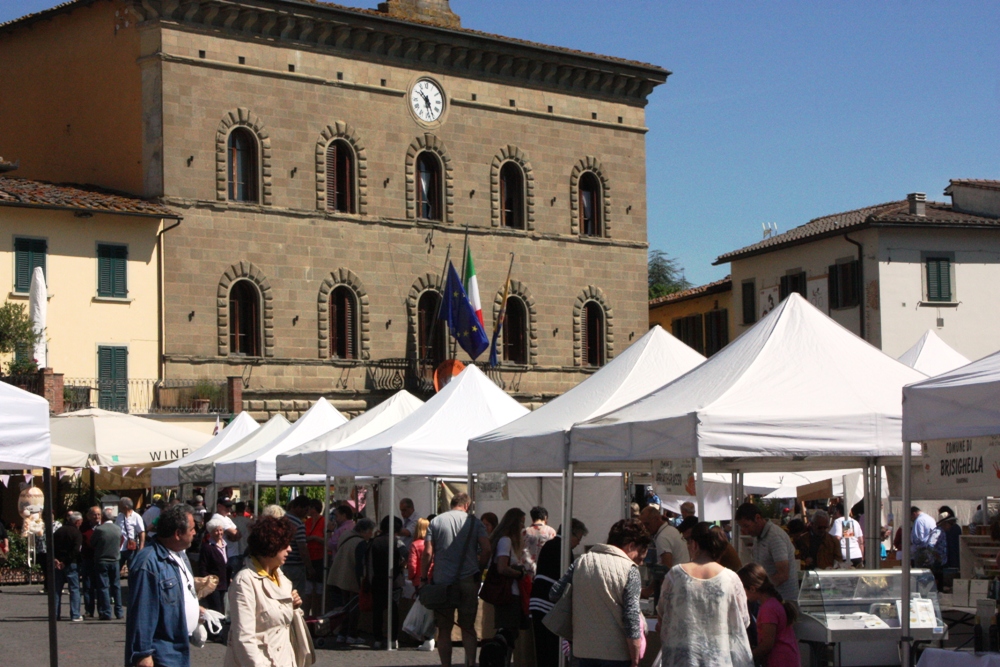 The Italian model of “vivere slow” (living slow) is being afﬁrmed in Greve in Chianti. It aims to rediscover the pleasure of the “slow life", tasting the simplicity of traditions

The Italian model of “vivere slow” (living slow) is being afﬁrmed in Greve in Chianti. It aims to rediscover the pleasure of the “slow life”, tasting the simplicity of traditions and local production to help safegard the value and identity of the territory of origin.

Greve is taking a leading role. In1999, promoted by the then mayor, Paolo Saturnini, together with a few other Italian areas, Greve became promotor of the birth of the network which continues today to reinforce the objectives and contents of a virtuous attitude which meshes with all areas of life to becomes a style.

Sign-ups have begun for adherence to one of the few Italian events which unites the typical local producton of “Slow Cities” from all over Italy within the same showcase, in piazza Matteotti, Greve, in the historic center of Chianti.

It is a voyage of taste from north to south throughout the peninsula, and allows the evaluation of the resources and excellent realities which have been custodians over time and have built their own culture regarding the identity of a product and its roots in food and wine and have become a distinctive symbol of the territory.

“For more then 15 years,” declares the assessor of Productive activities and Tourism, Gionni Pruneti, “the event featuring slow cities aims to give value to the town and is increasingly more open and international. Participating numbers have increased to up to 25 different towns this year as well, in occasion of the grand showcase which will take place on May 13 and May 14.

Piazza Matteotii will be ﬁlled with the perfumes, ﬂavors and colors of Italian stands which represent good eating, genuineness of products, and the quality and culture of hospitality”.

The appointment in Greve, promoted and organized by the township, will host Positano (Campania), with lemoncello and ceramics, and Caiazzo, with its prize mozzarella.

Levanto, from Liguria, will exhibit handmade pesto and anchovies. Abbiategrasso, from the Milan area, will feature its symbol of gastronomy, gorgonzola, and San Daniele will boast its famous prosciutto.

There will also be white and black trufﬂes from the centers of production in Acqualagna and San Miniato. Guardiagrele from Abruzzo will have its wood-oven baked bread and Orvieto, with its white wine, will be present, as well as Grumes from Trentino, slow city famous for its apples and polenta.

For the 14th edition of the show/market of eno-gastronomic artisanal products, the newcomer will be Ulvik, from Norway. Ulvik is Greve’s twin city which, thanks to its exchange and friendship with Chianti, has become part of the slow network. Slower rhythms are also apparent within the themes of nature and the exhaltation of cultural traditions.