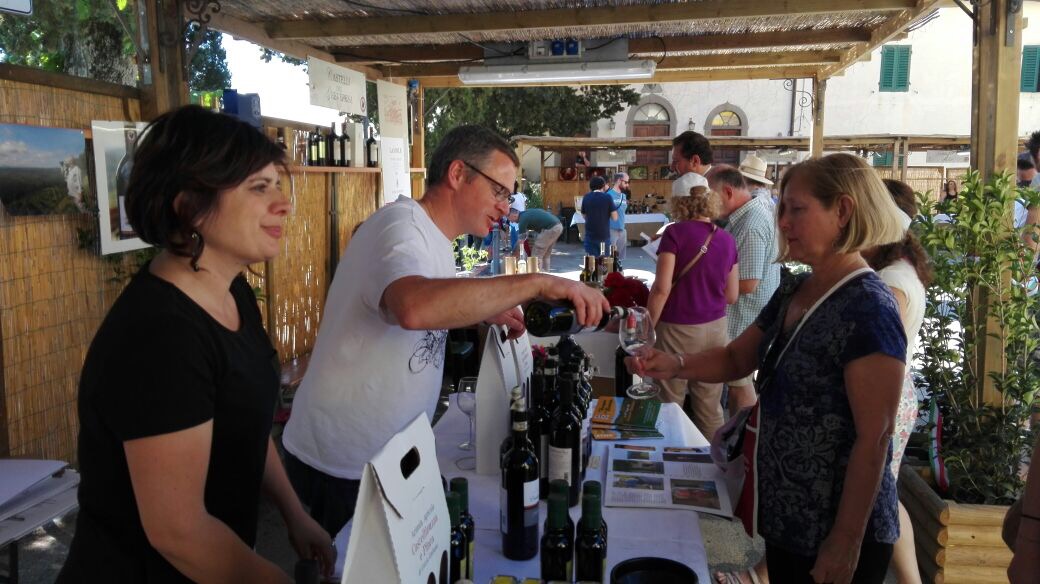 This scenic hilltop hamlet above Greve in Chianti celebrates the local Chianti Classico wine, which is produced in this high-altitude terroir.

Saturday June 2nd – at 11am opening of the tasting stands; you can purchase the tasting glasses at the counter. At 4pm – official inauguration and ribbon cutting ceremony with the mayor. Following “Lamolese Docg 2018”: special award to Mauro Agnoletti, associate professor at the Department of Management of Agricultural, Food and Forestry Systems (GESAAF) of the University of Florence.

Following the “IX Wine of Lamole” Ceremony: the producers of Lamole join their wines to symbolically form a single “ninth” wine.

At 5pm – “Paesaggio da bere” , presentation of the Ministerial Decree of 20/2/2018 with which “The historical rural landscape of Lamole” is registered in the “Registro Nazionale dei Paesaggi Rurali d’interesse storico” (National Register of Rural Landscapes of historical interest).

Following, “I custodi del Paesaggio” (The guardians of the landscape), a guided wine-tasting by the sommelier Clizia Zuin at Lamole di Lamole Winery (30 meters from the main square); at 6.30pm “Tuscany Sax and Drums” concert; at 9.00pm the tasting stands close.

On Sunday 3rd June the stands will be open from 11am to 7pm; at 3pm “Dai luoghi storici ai luoghi attuali” (From historical places to current places), Lamole oil tasting, comparative tasting by Adina Petrioli and Silvia Socci (professional tasters); from 4pm to 6pm Spazio Bimbi, entertainment for kids in the Lamole playground with the Born to Life animators.

At 5pm, string quintet concert in the church of San Donato in Lamole, by the Music School of Greve in Chianti.

During the event, you’ll be able to taste and purchase a variety of Chianti Classico wines and local products, see artisans at work, and try typical dishes by the Ristoro di Lamole; shuttle bus from Greve in Chianti (piazza Trento) to Lamole from 11am to 7pm, every 30 minutes.