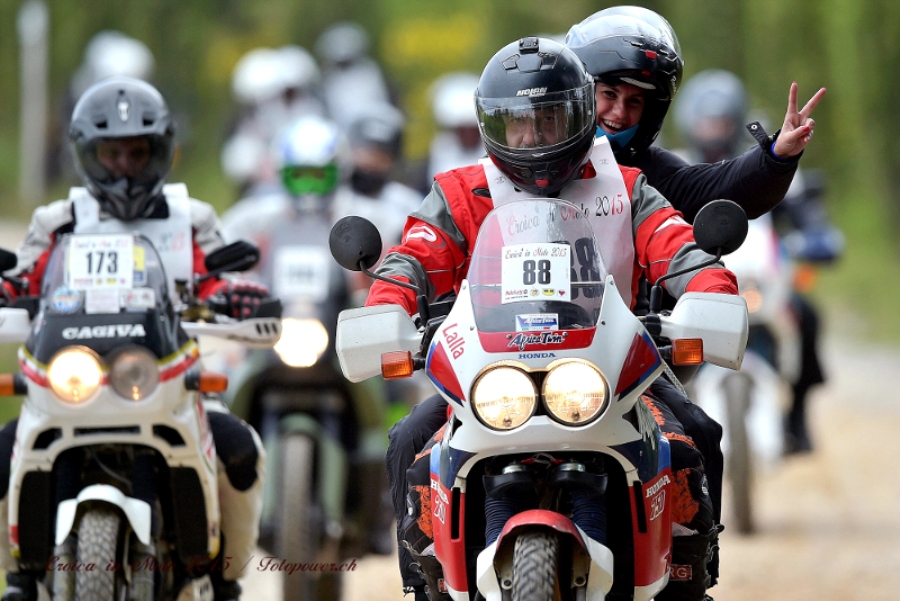 Articolo disponibile anche in: ItalianFrom May 12 to 13, 2017, “Polvere&Gloria” returns to the

From May 12 to 13, 2017, “Polvere&Gloria” returns to the streets of the “L’EROICA”, the most prestigious cyclo-tourism commemoration in the world; a 200 km race, half on asphalt, half on unpaved roads, designing an 8 between Chianti and the Val d’Orcia.

The apotheosis of the event will be in Gaiole in Chianti on Saturday, with a Rally style departure on an authentic red carpet, and then, immersed in an itineray of extraordinary beauty, across the Tuscan hills, away from cement; an inﬁnite joy for all impassioned with the off-the-road, romantic for couples, as they await the ﬁnal grand celebration of the evening.

In an area of great expansion like touristic endurance, Polvere&Gloria has been consolidated like “Woodstock” in the vintage endurance sector; to be enjoyed with the spirit of gentlemen looking for old-fashioned style and roads and a heart that beats for the mythic years of the Paris-Dakar in Africa.

There will be 2 categoris: the protagonists of “Vecchie Glorie”, bikes up until December 31, 1999, and the “Saranno Famose”, from January 1, 2000 and onwards. The town will celebrate with markets and themed expositions.

For those who don’t have acess to an “enduro”, you can run the same roads with any type of motorbike, participating in the Classic Heroes, an event that will take place parallel to the Polvere&Gloria on May 13 and 14, 2017.