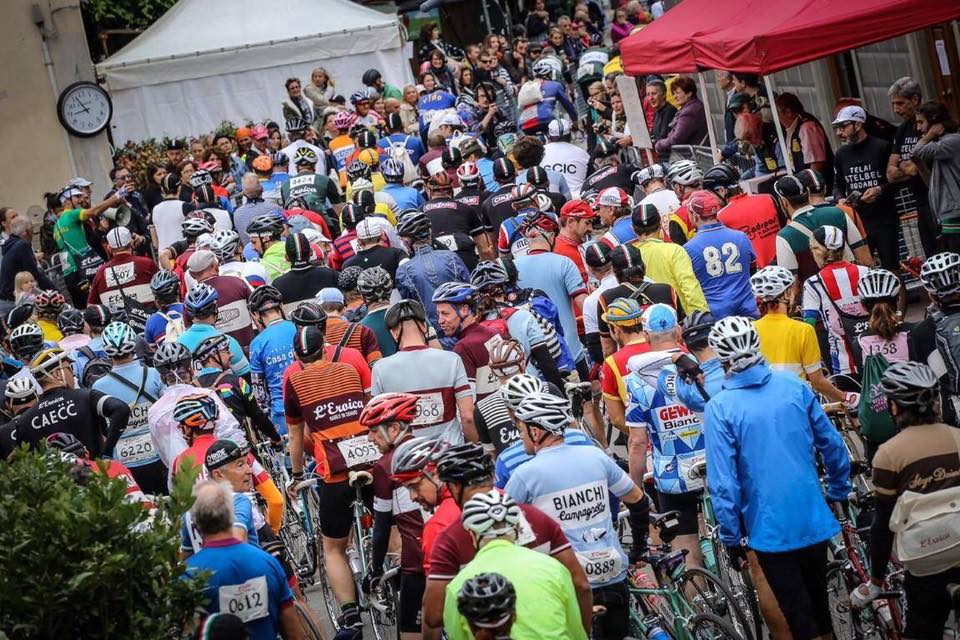 The XXI edition of L’Eroica will take place in Gaiole in Chianti on Sunday 1 October. The vintage leisure ride was created by Giancarlo Brocci to safeguard the white roads

The XXI edition of L’Eroica will take place in Gaiole in Chianti on Sunday 1 October. The vintage leisure ride was created by Giancarlo Brocci to safeguard the white roads (Strade Bianche) of the Siena province.

L’Eroica aims to rediscover the authentic roots of the hugely popular sport of cycling and, in doing so, to rediscover “the beauty in fatigue and the thrill of the conquest”.

The cycling promoted by L’Eroica is the cycling of the heroes of this great sport, from whom we can learn about real sacrifice, testing our physical limits when thirst, hunger and tiredness make themselves felt in all their intensity.

“The L’Eroica kind of cycling fosters respect and creates bonds between loyal adversaries.”, Giancarlo Brocci is often heard to say. “Today, L’Eroica is also a shining example of how to enhance our environmental heritage, of sustainable living and clean cycling, looking to the past to give direction to the future”.

Last year, over 7.000 cyclists participated in the event in Gaiole in Chianti, about one-third of them from abroad. Here is an outline of the five L’Eroica routes through the magnificent hills of the Siena province.

This is the route that is usually chosen by L’Eroica novices, it is the easiest route but still requires some effort. About the first 20 km of this route are the same as the others, passing Castello di Brolio before continuing on to Pianella, stopping en route for a photo at the “Leccione” (large oak tree) at the 17 km mark.

This route is entirely within the Chianti Classico producing region. The “musts” on the route are the Castello di Brolio, Vagliagli and the Arbia valley, the old centre of Radda in Chianti that turns itself into a town from a bygone era, with all the people dressed up and offering food and assistance to the L’Eroica cyclists. 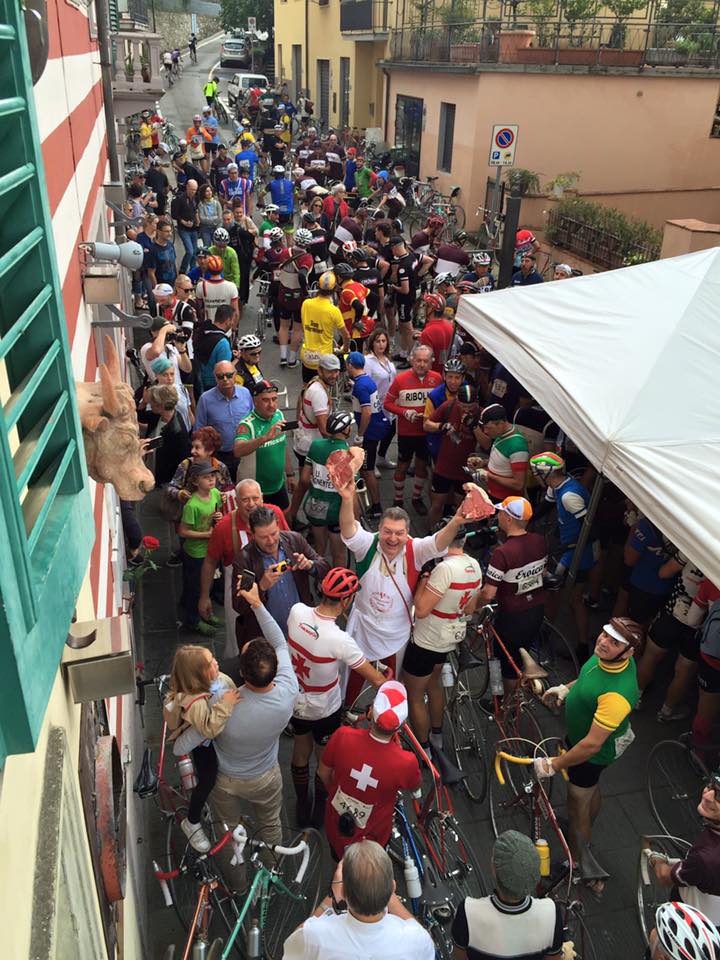 The same treatment will be offered by Cecchini, the king of “ciccia” (meat) in Panzano. After the most difficult section on the route, across the gravel stretch that leads to the Volpaia hill, L’Eroica’s most famous food stop awaits you, in one of the farmhouses of the Fattoria di Lamole.

The new route will go through all the Chianti Classico municipalities. It will be the same as the other Chianti routes up until the first houses of Vagliagli, when this route turns left and becomes difficult straight away, with a 12% gradient.

The crest continues along white roads until just before Castellina in Chianti, before descending through Fonterutoli and San Leonino, Lilliano, Bibbiano and Fizzano.

Fonterutoli is where the border between the Republics of Siena and Florence was marked out.

Back on the road, after Pietracuta, all along tar roads, the route passes by the Chianti Classico Consortium in Sambuca and uphill by Fabbrica and Tignanello. It’s back onto the white roads from Santa Maria to Macereta and, skimming past Badia a Passignano, the route climbs to Testalepre with 18/20% gradients.

Now we have a complete change of scenery: setting off at dawn, passing Brolio in the half-light, illuminated only by torches, the sun rising as you start to glimpse the towers of Siena on the horizon.

This experience will stay with you forever, making an indelible mark on your heart and mind. Later, pass through the Castle of Murlo, whose habitants apparently conserve the last Etruscan DNA in their blood, then it’s on to Valdarbia and the Crete di Asciano, the fearsome Monte Sante Marie, before returning to the Chianti region.

You will waste time taking in the scenery, but time is not important at L’Eroica.

Up to Valdarbia, the roads and sensations are the same as for the 135 km route. Then, the going gets tough. Climb up towards Montalcino from Castiglion del Bosco, the climb that was sanctified by the Giro in 2010, when the cyclists all finished with jerseys of the same colour – the colour of mud!

Then, you can draw breath and dedicate some time to looking around at the views of the Valdorcia that will appear before you. After that, it’s back to Buonconvento, through Pieve a Salti, places that are well known to many of you, thanks to Nova Eroica e Eroica Montalcino.

Rejoin the 135 km route covering: Asciano, Monte Sante Marie, Castelnuovo Berardenga and Radda. When you start to see the first houses of Gaiole, on your way down from San Donato and Vertine, even if they are lit up because it’s already night, you can proudly claim to be a “vero Eroico”, a true hero!