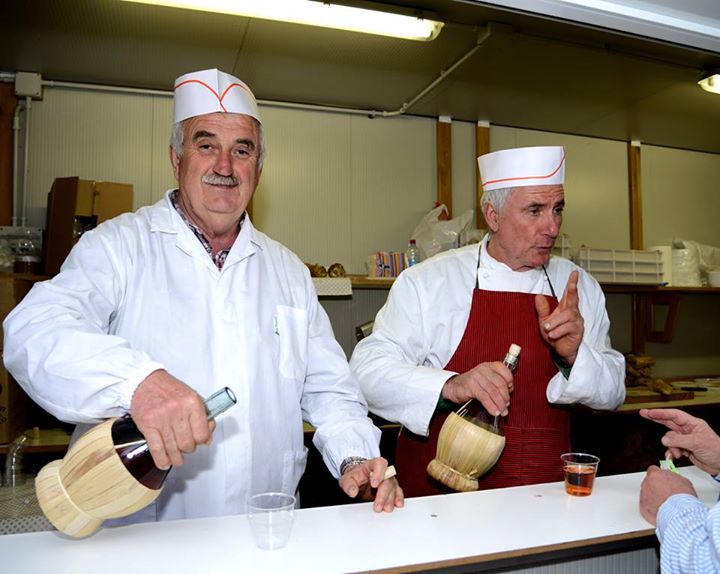 A kilogram of rice, 3 liters of milk, orange peel, 12 egg yolks, 600 gm of sugar: all of this is sprinkled with a glass of Strega liquor.

This is the recipe for “frittelle “at the Castello di Monteﬁoralle. It is a collective secret recipe, protected by an entire community, both regarding preparation and cooking, which after half a century has still been protected from the curious and tourists.

The unique, unmistakable rice balls, which has been tied to one of the most beautiful villages of the peninsula for 48 years, will also be fried this year, as they were long ago, in a maxi pan set up in the Piazza of the town. This is the way that Monteﬁoralle prepares for the feast of St. Joseph, in program for March 18 and 19.

There will be an event organized by the tourist committee of Monteﬁoralle with the patronage of the Township.

In addition to the fried rice balls, you will be able to taste panini, crostini, wine and holy wine at the food stands.

The town is organizing a free shuttle from Piazza Trento in Greve to the Castello di Montﬁoralle. It will leave every 30 minutes. A rich live music program will enrich the celebrations.

“And remember,” says Vittorio Barbieri, President of the tourist committee of Monteﬁoralle, “Our “fritella” is a typical local production that is characterized by genuineness and tolerability. Even those with celiac disease can eat them because they don’t contain ﬂour”.