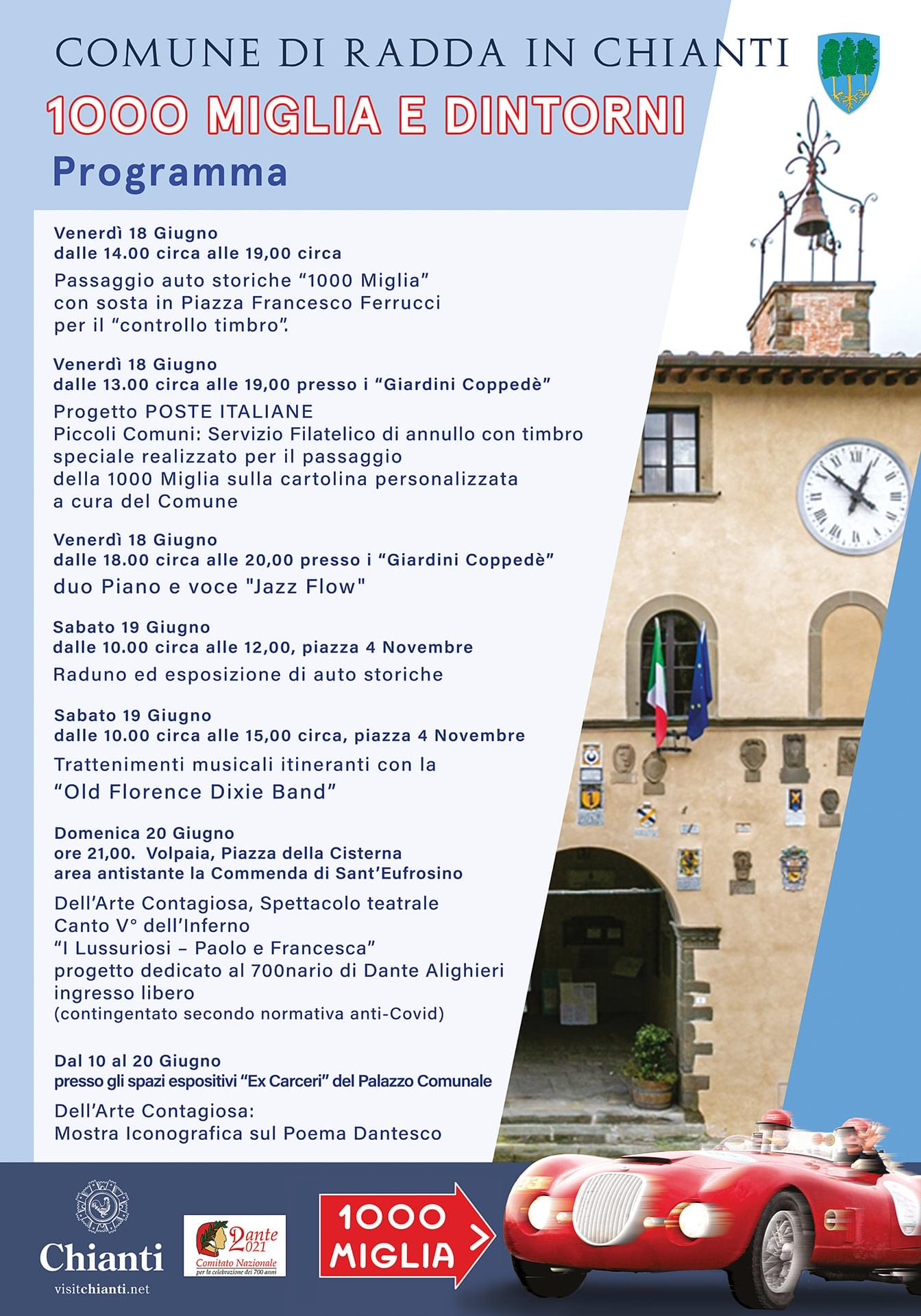 Articolo disponibile anche in: ItalianThe passage of the Mille Miglia from Radda in Chianti,

The passage of the Mille Miglia from Radda in Chianti, Friday 18 June, brings with it three days of events, initiatives and celebrations.

Respecting the tradition of the track from Brescia to Rome and back – with stage arrivals in Viareggio and Bologna – the 2021 edition will present an absolute novelty for the commemorative 1000 Miglia.

For the first time, the direction of travel of the race will be reversed compared to recent editions, returning to the counterclockwise direction of many editions of the original speed race.

From Brescia, the crews will head towards the Tyrrhenian coast to stop in Viareggio, leaving the following day for Rome.

The third stage (the one that will pass through Chianti), starting from the capital, will go up north to end beyond the Apennines, in the Emilian capital.

The fourth and last stage, from Bologna will lead up to the traditional arrival in Brescia.

A peculiarity that will satisfy many enthusiasts is an unprecedented track that will lead the crews to tackle for the first time both the Cisa Pass, in the first stage, and the Futa and Raticosa Passes on the third day of competition.

On top is the complete program of the three days dedicated to the Mille Miglia in Radda in Chianti.