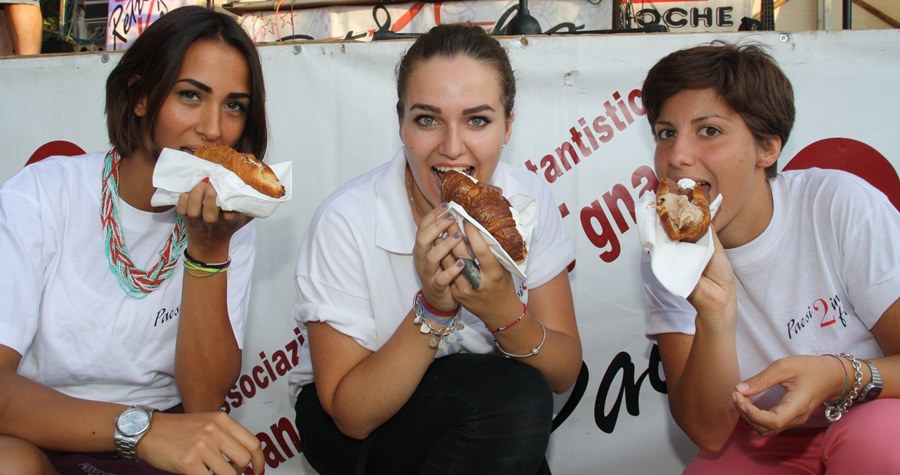 The perfume of the brioche (locally called “brioscia”): properly buttery, fragrant, and hot. Add a generous portion of gelato, which slightly melts.

In this case, getting messy is pure pleasure. From June 30 to July 10 “Due Paesi in Festa” the “Sagra della Brioscia con il Gelato” (two towns celebrating….the festival of the brioche with gelato) returns to San Pancrazio (San Casciano).

It is organized by the ASD of San Pancrazio Lucignano. Every evening the pizzeria/ restaurant will be open). The program is as follows.

Sunday, July 10, at 6pm: charity aperitif; at 9:30pm, live music with the orchestra, Supersonica Band; at midnight, the closing toast.