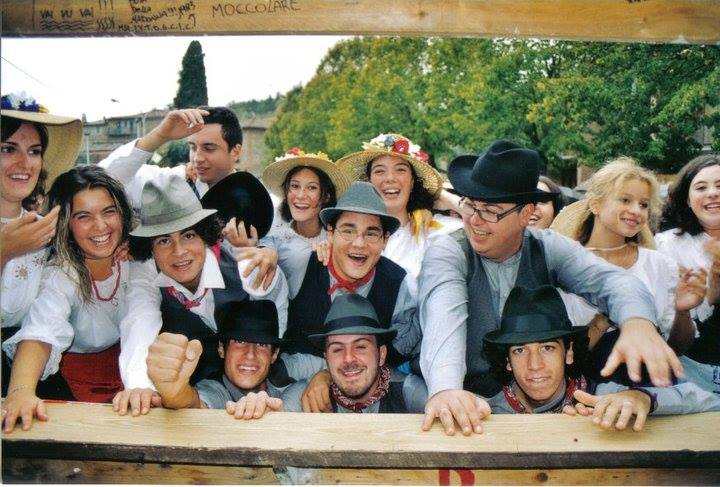 This year the Grape Festival (Festa dell'Uva) is back in Vagliagli (Castelnuovo Berardenga) from September 21st to 23rd, bringing to town the old traditions of the Sienese Chianti, wine and

This year the Grape Festival (Festa dell’Uva) is back in Vagliagli (Castelnuovo Berardenga) from September 21st to 23rd, bringing to town the old traditions of the Sienese Chianti, wine and spirits tasting, exhibitions, shows and much more.

The Festival opens on Friday, September 21st at 7pm (with a painting exhibition, a photo exhibition of the photo contest “La perfezione delle forme”, and various games).

Saturday 22nd September, at 2.30pm, you can go trekking with “I Raduno Intercomunale – In search of the sulphur springs”; at 3pm the wine tasting stand opens, organised by Sommelier; in the afternoon you have the market, various games, and the opening of the photographic and painting exhibitions.

At 4.30pm children’s entertainment with the Pleiades and the Borgo Cignano Equestrian Center; at 6.30pm book launch: “Guida del Chianti Senese per bambini”; at 7pm the food stand will open; at 7.30pm acoustic concert in Piazza Vittorio Emanuele with the “Duocaster – Acoustic Trip” (free admission), at 10pm music for the young with “Karmadelic” (free admission).

On Sunday, September 23rd at 9am the painting competition “… E tra le vie del borgo” will start with the stamping of the canvas. The participants can register for the impromptu photography competition “Un paese in festa”.

At 9.30am children’s painting contest “Strega comanda color VI” – at 10am Holy Mass – at 10.30am vintage car show with the collaboration of S.C.A.M.E. from Siena – at 11am Blessing of the cars through the intercession of San Cristoforo. To follow: painting exhibitions, market, games, wine tasting.

SCENES… FROM THE PAST

At 11.15am Bruno Bonci commemoration; at 12.15am welcome drink and speech by the mayor of Castelnuovo Berardenga and the president of the Polisportiva Vagliagli.

At 5pm there will be a traditional parade of carts pulled by oxen and tractors, with the collaboration of the Filarmonica Brass Band of Castelnuovo Berardenga; dance show featuring local kids in traditional costume.

From 7pm award ceremonies of the various competitions: painting, impromptu photography, photography; award to the author of the label dedicated to the memory of Pierluigi Carnasciali.

At 7.30pm the food stand will open; at 9.30pm ballroom dancing with the “Black and White” orchestra; at 11pm fireworks show.