10ago21:3023:30"Chianti di Stelle": experiencing the night of San Lorenzo in the Chianti ClassicoCastellina in Chianti 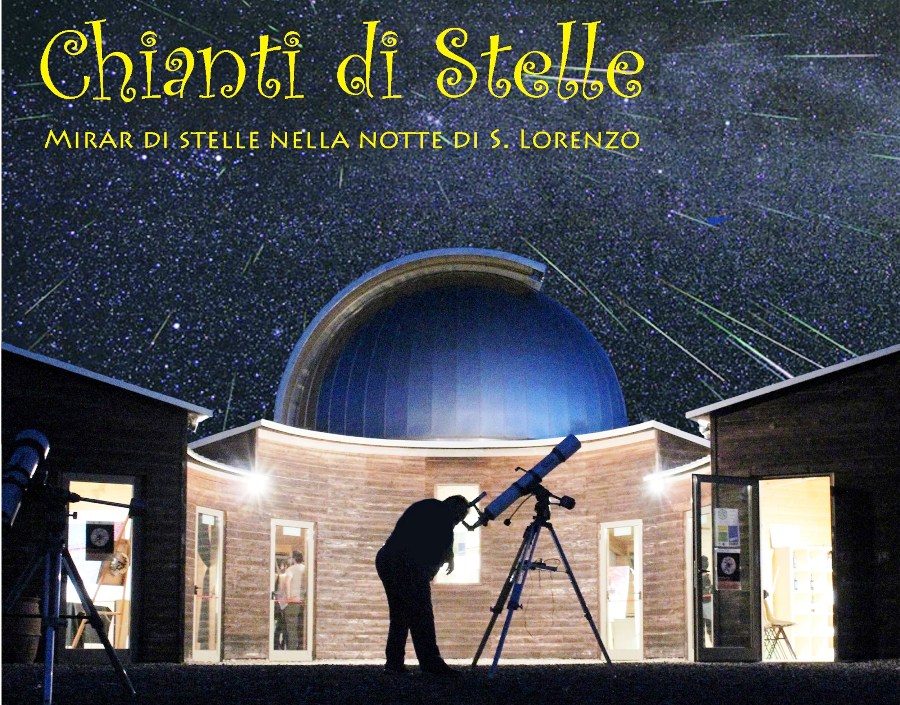 Observing the stars in a very special location, helped by the total absence of light and the scientific instruments of one of the most important observatories in Italy. The Polifunctional Observatory

Observing the stars in a very special location, helped by the total absence of light and the scientific instruments of one of the most important observatories in Italy.

The Polifunctional Observatory of Chianti offers a naturalistic and scientific experience on the night of San Lorenzo, Friday 10th August.

From 9.30-pm it will open its doors to the public for the “Chianti di Stelle” event, organised in collaboration with the Unione Comunale del Chianti Fiorentino.

The dome opens a window onto the clean and clear Chianti night sky so that the magic of the cosmos can be revealed. The Macron telescope of the Observatory of Chianti will show the public, adults and children, that the stars shine brightly during this magical night, which invites everyone to make wishes and hope their dreams come true. All around it, lies the beautiful nature of the Chianti and Valdelsa hills.

The evening, led by the scientific coordinator Emanuele Pace, and supported by the volunteers of the Amici dell’Opc association, offers visits to the Observatory and guided observations until one o’clock in the morning.

In the Observatory, which consists of four sections (astronomical, environmental, meteorological, seismic), science, research and culture go hand in hand.

Having had the endorsement of an exceptional godmother, Margherita Hack, who ‘baptized’ it eight years ago, the Observatory is a social hub where observations and guided tours for citizens and tourists are held throughout the year, as well as science camps for kids, meetings, conferences, contemporary art exhibitions and musical events.