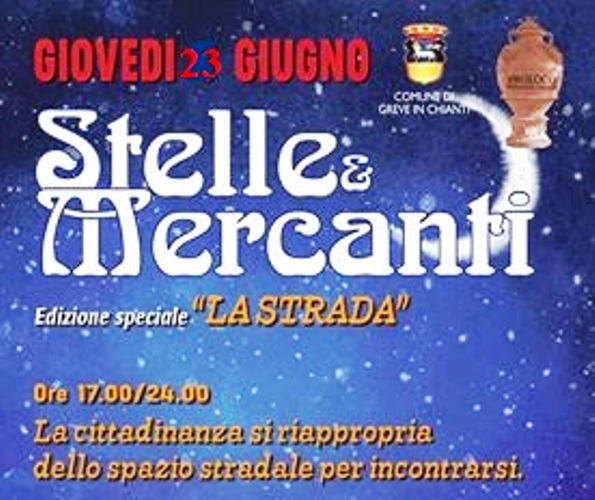 Articolo disponibile anche in: ItalianStrada in Chianti getting ready for the day Thursday, June

Strada in Chianti getting ready for the day Thursday, June 23, when from 17 to 24 will be held in the streets of the country the event “Stelle & Mercanti” (“Stars & Merchants”).

In Piazza Landi market of various kinds, musical entertainment of stradesi districts, face painting and other games for children, special opening of the commercial activities. The town center will be explored on foot.

The gastronomy will be managed directly by the five stradesi districts along the streets of downtown: Borgo District, District RuotaCappellina, District Palagione, District Poggerino and District Martellina.

A day of joy and fun, to get together and to raise funds for the September fair, but also of solidarity. During the event will be present some associations of the country to inform citizens of their activities.