H:iH:iRallyday della Fettunta: a car race in the Chianti on 2nd and 3rd December 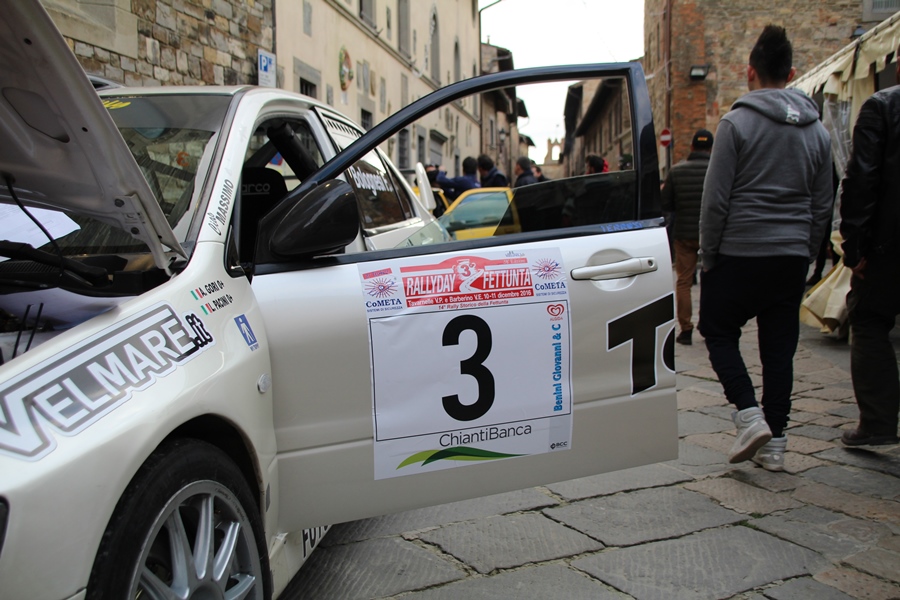 You don’t change a winning formula. That’s why this year the fourth Rallyday della Fettunta (it’s on its 39th edition, the first being held in 1977), organized by the Scuderia

You don’t change a winning formula. That’s why this year the fourth Rallyday della Fettunta (it’s on its 39th edition, the first being held in 1977), organized by the Scuderia Valdelsa Corse on 2nd and 3rd December 2017, has the same itinerary and the same special trials (three different ones to be repeated twice) as last year.

This confirmation has been welcomed by drivers and insiders, who were hoping to keep the same roadmap and racing circuit as the 2016 edition, won by Luciano D’Arcio and Elisa Filippini in a Renault Clio.

“The format with three different special trials to be repeated twice has proved successful because of the variety of technical challenges – says the President of Valdelsa Corse, Federico Feti – so this year we are going to repeat it, without making any substantial changes. Many competitors have asked us to do this, including those who took part in the race in 2016, and the ones who want to try the Rallyday Fettunta this year”.

The race’s logistical bases are the same, Barberino Val d’Elsa and Tavarnelle. Confirmed the special tests of Sicelle (6 kms.), Fabbrica-Campoli (5,1 kms.) and Cortine-Tignano (5,1 kms.) for a total distance of 160 kms., of which 32.4 km are timed on paved roads. The program includes pre-race tests on Saturday, December 2nd, in the historic centre of Barberino Val d’Elsa. Departure will be from the Medieval Gate on the Cassia on the morning of Sunday, December 3rd .

The race will arrive in Tavarnelle on Sunday afternoon. The service park is in Sambuca, where the first service pit-stop will be at the Bacci plant. Other pit-stops at lunchtime will be at Piazza Matteotti in Tavarnelle.

Two stamp controls are planned: one at the Azienda Olearia del Chianti of the Gonnelli family in Panzano; the other in San Casciano, a promotional “break” before diving into the last special test. Handover of the road books will be at the Bar Barinco in Tavarnelle on December 2nd (8.30am-12.30pm).

We must remember that the rally was born in 1977 as an addition to the Fettunta di Barberino fair. This was an event where the farmers would present their new olive oil, offering it up for tasting on a “fetta unta”, a toasted slice of bread sometimes garnished with a little garlic. This Tuscan tradition is still alive and, as many drivers who have taken part in this rally know, the race becomes a pretext for visiting one of the local farms and stocking up on olive oil, fresh from the press.

Barberino and Tavarnelle are not just agricultural and commercial centres. They are part of a thriving industrial area where many mechanical and automotive companies operate. It is thanks to this territory’s vocation that every year a race like the Fettunta can give its best.