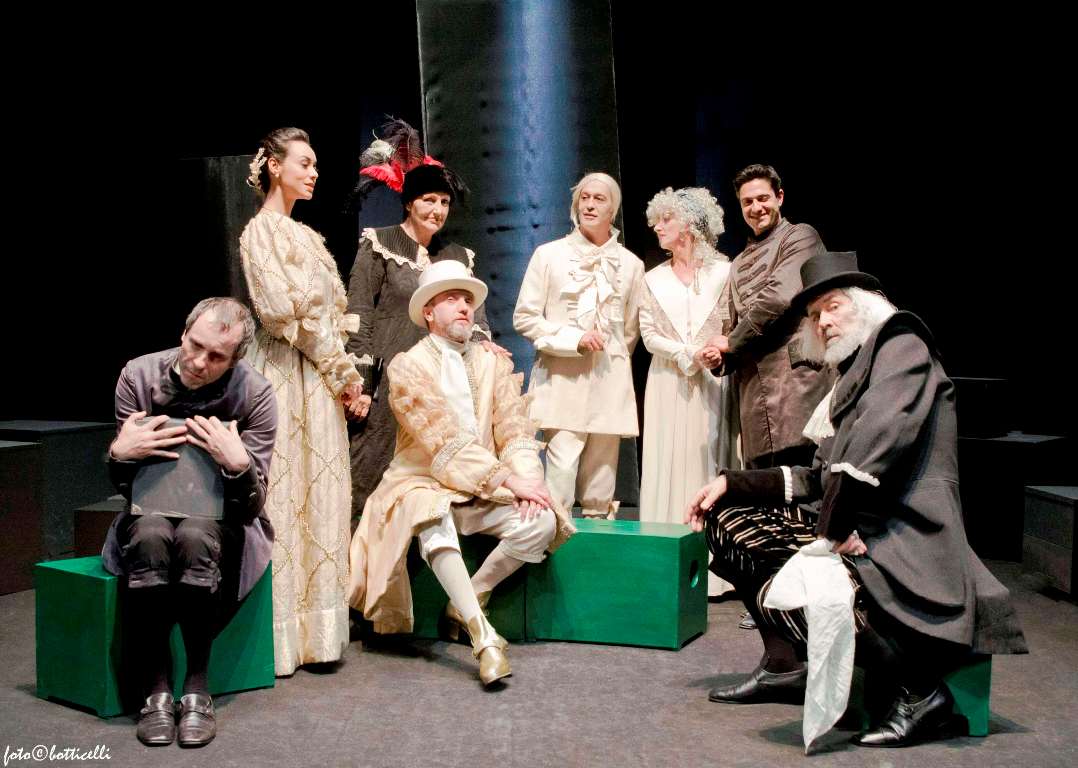 The Arca Azzura Theatre presents “L’Avaro” by Moliere, with adaptation and direction by Ugo Chiti and starring Alessandro Benvenuti from Friday, December 2 and Sunday, December 4.

The show goes on in its regional debut at the Niccolini Town Theatre of San Casciano. It begins at 9 PM on Friday and Saturday and at 5 PM on Sunday.

The play is both bitter and comic and is a work of biting modernism. Moliere’s Miser is an immortal classic while it has a direct relationship with the present.

After the success of the “Malato Immaginario”, voted by Tuscan theatregoers as the best show of the 2014 – 2015 season, Arca Azzurra once again chooses Molière with a respectful and illuminating adaptation by Ugo Chiti, and with the great actor, Alessandro Benvenuti, in the role of Arpagone.

Benvenuti has a long-standing relationship with the theatre group through successes like “Nero Cardinale” and an increased involvement in their show productions.

With this work, Chiti continues the rich line of re-written classics for Arca Azzura which have had a great impact and seen extraordinary success; starting with two texts based on the Decameron by Boccaccio, “Clizia” by Machiavelli, texts from “Hamlet” and “Genesis”, all works that make up important parts of the history of the Theatre company.

Chiti injects the great classics with strong, crude, and sometimes comic language which become one with his direction, digging deep into the psychology of the characters also thanks to the conjunction between dialogue and scene production. His relationship is with actors with whom he has been working for more than 30 years and with young actors who he chooses for his plays who he ably inserts into a context of knowledge and solidarity typical of the Arca Azzura theatre.

This is also the case with Molière’s “Miser”,(also thanks to an actor of Benvenuti’s character). Although following the script, the times and the reading of the classic with respect, the written text is formed and rooted in the company, who together with their playwright, offer an intense experience. Arca Azzurra Teatro: