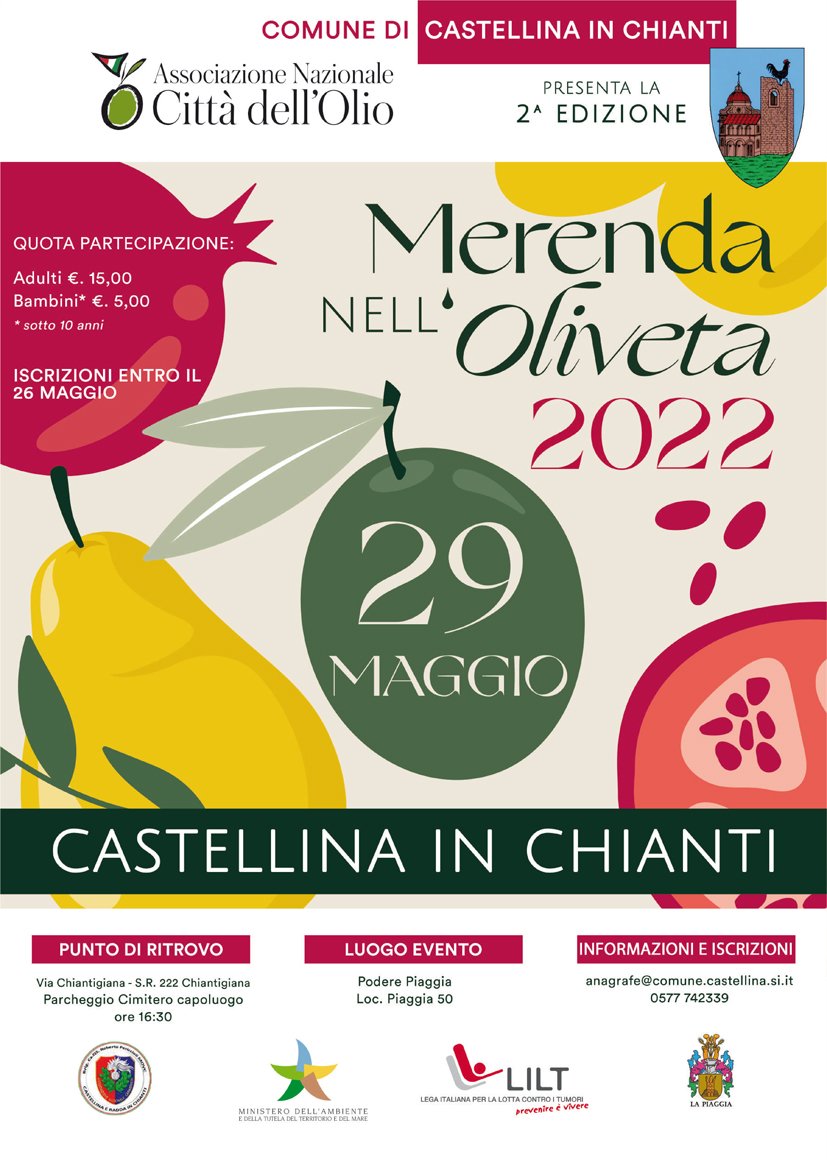 Articolo disponibile anche in: ItalianSunday 29 May in Castellina in Chianti returns “La Merenda

Sunday 29 May in Castellina in Chianti returns “La Merenda nell’Oliveta”, promoted by the National Association of the City of Oil and now in its second edition.

The snack will take place from 5 pm at the Podere La Piaggia farm, with tasting of local products, live music and in-depth analysis of extra virgin olive oil and the different local cultivars.

The initiative counts on the patronage of the Municipality of Castellina in Chianti.

“La Merenda nell’Oliveta – says Marcello Bonechi, mayor of Castellina in Chianti – will be a new opportunity to live an afternoon in Chianti and rediscover and enhance both the olive-growing landscape, which is part of our culture and our heritage, and the production of extra virgin olive oil as local excellence”.

The meeting is scheduled at 4.30 pm in the parking lot of the cemetery, in via Chiantigiana, to then leave from the farm “La Piaggia”, at Podere Piaggia.

The participation fee is 15 euros for adults and 5 euros for children under the age of 10.

For information and registration, you can contact the Registry office of the Municipality of Castellina in Chianti at 0577742339 or at the email address anagrafe@comune.castellina.si.it.