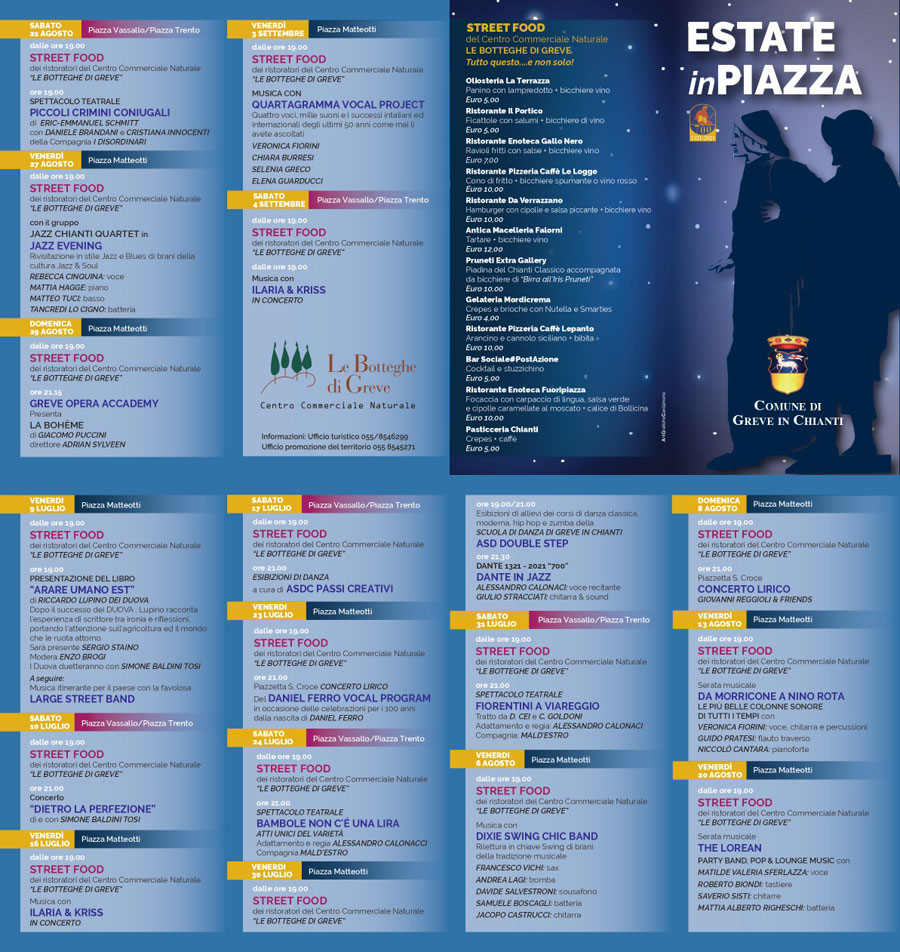 “Estate in piazza” in the heart of Greve in Chianti, promoted and curated by the Municipality in collaboration with the natural shopping center Le Botteghe di Greve. Music, theater, meetings