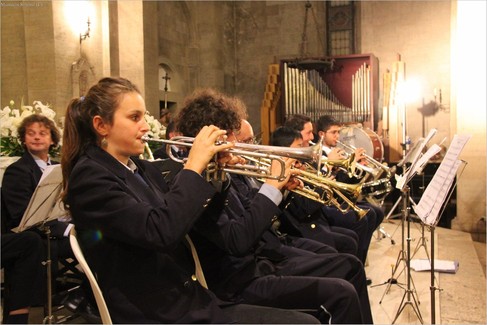 Articolo disponibile anche in: ItalianClassical music and solidarity unite in the 2016 edition of

Classical music and solidarity unite in the 2016 edition of Music in Autumn, which will enliven Castellina in Chianti from Friday, September 23 to Sunday, October 9.

Proceeds will go to the people hit by the earthquake in central Italy. The event, directed by Paolo Gragnoli and promoted by the Schola Cantorum of Castellina in Chianti and the Amo Consortium of Castellina, well propose ﬁve concerts of classical music in the church of the Holy Savior (Santissimo Salvatore).

Entrance is free with a voluntary contribution. In addition, collection in favor of the territory damaged by the earthquake continues.

“Autunno in Musica”  will open on Friday, September 23, with “Dall’Europa all’America”, Music on the Wings of Time. Starring will be Claudia Ciabattini, soprano, Gabriele Spina, baritone, and Beatrice Bartolini, piano. The second appointment is in program for Sunday, September 25 with “Divertimento Barocco” (Baroque fun), with Laura Trapani on the ﬂute and Donatella Mitolo on the harpsichord. Classical music will then return in the Church of the Holy Savior on Saturday, October 1, with a concert by the Polyphonic Choral Association; Sunday, October 2, “Violin and piano duet” and Sunday, October 9, “Quintet with piano”.