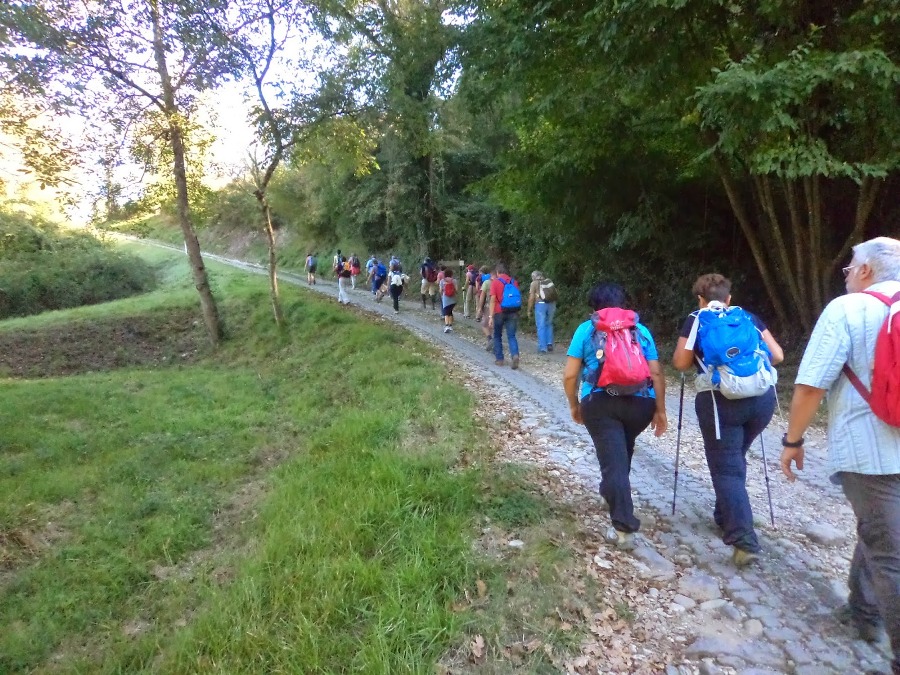 On Sunday, June 25, the activities of the GEB Gruppo Escursionisti Berardenga, will conclude with the “Anello delle Sette Chiese” (Ring of the seven churches): a very interesting event both

On Sunday, June 25, the activities of the GEB Gruppo Escursionisti Berardenga, will conclude with the “Anello delle Sette Chiese” (Ring of the seven churches): a very interesting event both historically and naturalistically in a little known area of the Siena provinces.

The town of Scrofiano is a typical example of a worthy village which has become important thanks to its history and traditions, but mostly thanks to its notable artistic heritage.

Of medieval origins, Scrofiano conserves its original elliptic form, with streets that intertwine with buildings and become increasingly steep and tortuous as we rise towards the most antique section of town.

Inside the historic center are well preserved remains of towers. The Torre del Cassero dei Cacciaconti (12th century) is in particularly good shape. It is a large, articulated construction in the center of town.

The courtyard and entrance door are practically intact as well as tracts of the walls and some entrance doors to the town. Of note is the Porta del Sole, belonging to the oldest section of the circled wall and characterized by an arc in stone.

At the end of the excursion a communal lunch, based on cold cuts, pecorino, bresaola, porchetta, panzanella, wine, water, desser and coffee will be available for 15 Euros.

The excursion is classified with an E (Escursionistica) for the bottom and the slant. Therefore the following is obligatory: good trekking shoes, water (at least 2 liters), sunhat and sun cream, snack.